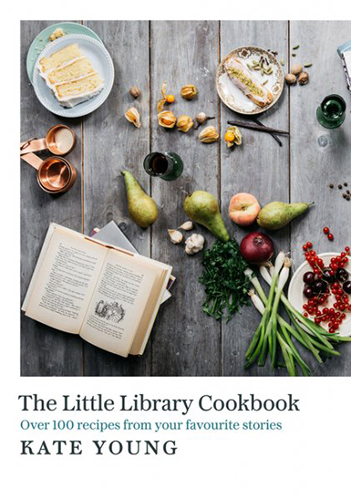 Fiction and food are one of life’s irresistible combinations, and ‘literary’ cookbooks have always been a weakness of mine. I’m thinking of Cherry cake and ginger beer, The unofficial Harry Potter cookbook, and Dinner With Mr Darcy, the list goes on. However, there is something particularly appealing about Kate Young’s contribution to this unique foodie genre. Not only are the recipes seriously good- (if a cookbook contains a bread recipe that enables me to produce a loaf of crusty goodness rather than a forlorn looking dough worthy of papier mache, then I know that the cook knows their stuff), but also, the narrative is simply gorgeous. Young takes us on not only a culinary and literary journey, but also an engagingly personal one that had me wanting to reminisce, cook and read simultaneously. 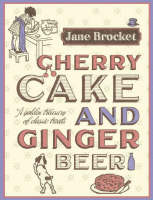 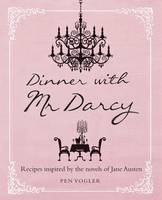 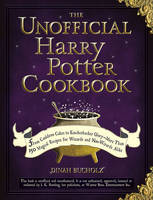 Young includes the essential recipes that any respectable ‘library cookbook’ should have (I am of course thinking of Proust’s madeleine in particular here), but she also includes recipes from books that are simply dear to her heart. These include crab and avocado salad from Sylvia Plath’s The Bell Jar, chicken casserole from Barbara Pym’s Excellent Women, and gin martini and chicken sandwich from JD Salinger’s Franny and Zooey.

Young is not limited in her literary taste either, with ‘hunny’ and rosemary cakes’ worthy of Winnie the Pooh getting a deserved mention, and even vanilla layer cake as Anne of Green Gables originally intended getting its full due.

This was perhaps what I loved best about this gorgeous book — the lovely surprises when I turned page after page to also see one of my own beloved authors getting their recipe out there, such as mince pies from Kate Atkinson’s Behind the Scenes at the Museum, curried chicken from Conan Doyle’s Sherlock Homes, and eclairs from Nancy Mitford’s The Pursuit of Love. Young’s taste in both food and literature is so close to my own; I was busy lapping up every word and nodding profusely in agreement.

the sinister Mrs, Danvers, surely one of the most insidious and manipulative villains in literature, turns a story that could be romantic into one where even the crumpets seem to be a threat.

and E.M. Forster’s A Room With a View:

the thing is, I think meringues and coffee get a raw deal here. They’re meant to be emblematic of the comfortable, predictable life that Lucy lives as a young woman, but I think they deserve better… And so I am here to advocate for meringues and coffee.

I very much enjoyed her bookish reminiscences along the way, such as her passage on first reading The book thief:

I have a vivid memory of being reduced to tears by the ending, trapped in a window seat on a flight to Italy. Perhaps inevitably for a story narrated by death and set in Germany during the second world war, it’s devastating.

I also enjoyed the stories of family and friends along the way, in fact, as the youngest of three sisters, her dedication of Shirley Jackson’s ‘spice cookies’ to her own sister bought a bit of a lump to my throat (also, as my sisters would heartily concur, greater love hath no sister than this that she should lay down her cookie recipe…).

There is nothing not to love about this gorgeous book — engaging, beautifully presented, and full of scrumptious recipes, this really is a must read for all book loving foodies.

Have you discovered our Lynda? I have.

I’m struggling with music notation and learning to read music… I should have paid attention when I tried to learn at 11, because now when I’m trying to learn at 55, it’s quite painful.

It just isn’t straight forward, there are weird rules and exceptions, and it’s more mathematical than I thought it would be. Add to that, I’m looking at it from a jazz perspective and my brain not only hurts but feels numb.

I’ve got books, and I’m in a class, but I recently thought, “hey there’s that Lynda woman in our Christchurch City Libraries eResources who offers videos to learn about just about anything… I wonder what she has to offer me?”

So I got my library card and my PIN ready to go: it’s one of our resources you do have to be a  library member to use. I logged into Lynda, after finding it in the eResources section of our website.

Next, the search for ‘music’, which yielded a plethora of results from Intro to songwriting, Insider’s guide to today’s music biz, and Finding music using apple apps, and there amongst them was Music Theory.

I settled on learning musical notation and worked my way through a series of videos that I could stop, back up, repeat until some of what I was reading and practising was sinking in. There was also music theory for songwriters, improvisation and theory, and one I’m obviously not quite up to, Music Theory for Fun!

In the process, I learnt that you can adjust the skill level to suit you, as well as choose from specific authors and teachers, the length of course you want and a wealth of other limiters to make the learning truly suited to you.

But wait, you say I’m not interested in music theory.. stick with me here, because there are so many other things to learn, such as:

So, check out our Lynda and expand your horizons… I’ll keep on with my key signatures and triads (not of the Chinese gang variety!)

Nursery rhymes are easy to remember, short to sing and have fun actions! So, in preparation for New Zealand Chinese Language Week (16-22 October) why not start your Chinese learning with Chinese nursery rhymes? Here are some easy Chinese nursery rhymes you can try. The best part is that you don’t have to worry about the different tones in Chinese. Try to match the tune.

Christchurch City Libraries have a good range of Chinese learning materials as well as the eResources Mango Languages and Rosetta Stone.

If you would like to learn more Chinese nursery rhymes, do check out the Bilingual Babytimes every Tuesday at 11am in Te Hāpua: Halswell Centre.

Isaac House stands in solitary splendour on the corner of Colombo and Armagh Streets. Located at 779 Colombo Street, it is a Category 2 listed heritage building in the distinctive Georgian Revival style. It was completed in 1927 for Henry Owen, proprietor of chemists
Cook and Ross. If — like me — you are a fan of this architectural style, 69 Worcester Street is another fine example.

The owners of  Isaac House kindly let the public in to have a gander yesterday to see how they have restored this gem. Here are some photos from the past, and yesterday.