In an engrossing event at Christchurch Art Gallery, Reni Eddo-Lodge was in conversation with playwright Victor Rodger. She talked us through her thought-provoking debut book Why I’m no longer talking to white people about race. This collection of essays seeks to unpick and challenge white dominant ideology.

The idea for the book grew out of a 2014 blog post in which Reni, a young British journalist of Nigerian heritage, wrote of her “frustration that discussions of race and racism were being led by those not affected by it,” and that when she tried to talk about these issues was told that there wasn’t actually a problem or accused her of being angry. The irony of marking this line in the sand was that suddenly lots of people wanted to listen to Reni’s point of view – including a full (mostly white) art gallery auditorium.

There are a number of themes in the book. One is history, and Reni is keen for black Britons to write themselves back into history. The British connection to slavery and to Africa is deep. I studied economic and social history 1750-1875 at A-level and slavery and colonialism was barely mentioned. I find this appalling because:

It is this kind of oversight that Reni is trying to point out.

Reni was assured and matter of fact, and very easy to listen to. Another topic she highlights is feminism. What is the point of feminism that is only for white women and doesn’t have a space for black women and others? Issues don’t happen in isolation, and overlap and intersect all the time.

This truly was a session to make you think about and observe how you experience the world, to make you want to explore further by reading her book, and to shift your point of view.

Well @renireni and @VictorRodger69 played to a full house tonight and they were magnificent. pic.twitter.com/58ohJR2PlR

"I was always on the menu, never at the table" – @renireni on tokenism @WORDChCh #spov ^DR pic.twitter.com/8sBOfN6Ucz

Coming soon to Christchurch is the New Zealand Symphony Orchestra ‘Pianomania’ with Freddy Kempf at the Airforce Museum, Wednesday 20 September at 7pm

Freddy plays piano and conducts at the same time. His previous appearance with the NZSO provoked standing ovations. This concert showcases piano favourites, with beautiful and powerful music that represents the history of the piano over the last 300 years.

The Pianomania programme is full of popular classics:

Thanks to the NZSO we have two double passes to give away to library members! Enter now – just tell us your favourite piece of piano music.

As part of WORD Christchurch’s Shifting Points of View sessions of the Christchurch Arts Festival, Dr David Galler talked to poet and fellow medicine-man Glenn Colquhoun about Things that matter. 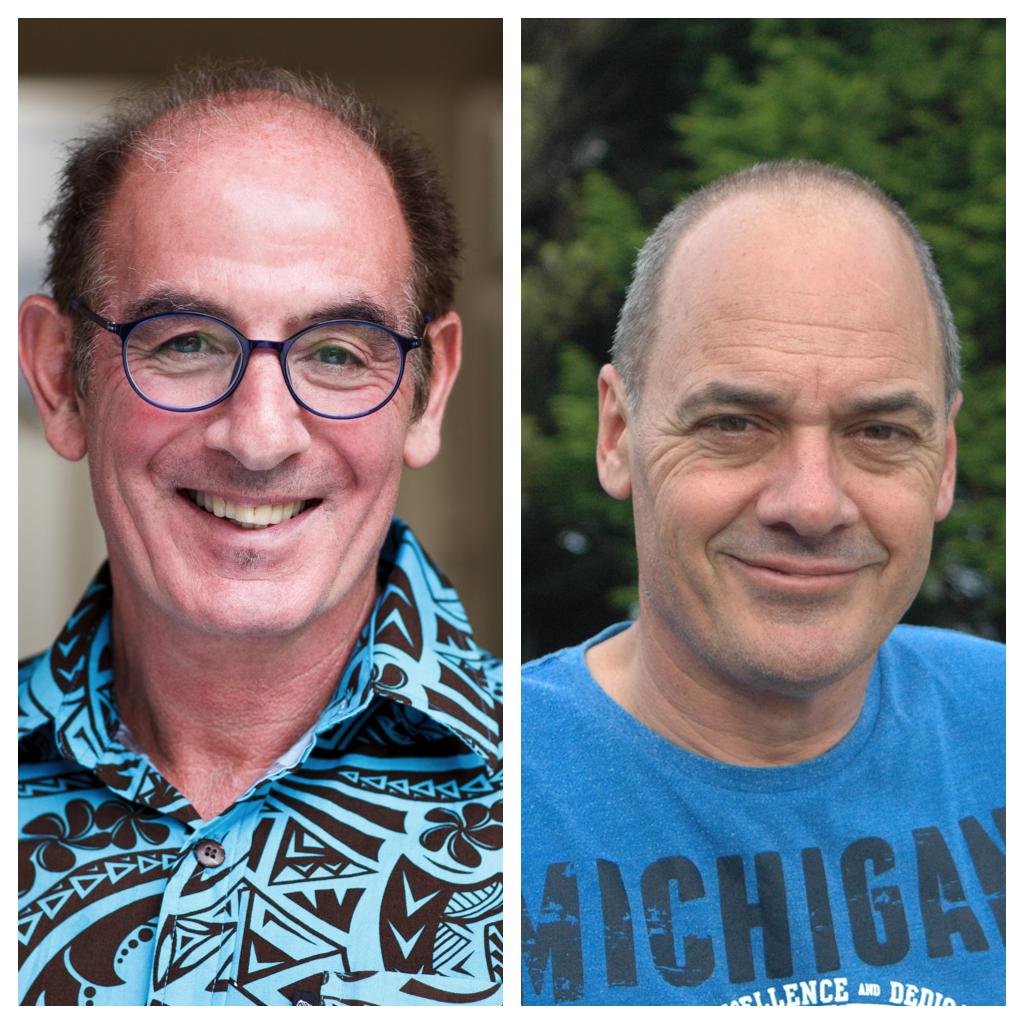 Dr David Galler is a specialist intensive care doctor at Middlemore Hospital and he spoke to a fully engaged audience on Saturday evening about the things that matter in regards to health and wellbeing. Galler spoke of how communities need to support each other to fight against illness and disease. Treatments need to be holistic, with the approach of what is good for the environment is also good for our health.

David spoke about his life, growing up with Jewish parents and the effects that his parents’ history has had on his own life.

He takes his role as doctor very seriously and has a strong social conscience evident in his manner and through his stories of life and death from “things that matter”.

The conversations were at times serious and provided the audience with many more questions than answers.

One thing Fail Safe Fail Better did not do was fail to deliver. Six speakers gave candid, entertaining and unique accounts of both personal and professional failures in their lives.

Not at all negative, the evening was filled with magic. Glenn Colquhoun invoked ghosts of poets past on the walls of the Christchurch Art Centre’s Great Hall and filled the empty space with poetry (Denis Glover’s The Magpies) and song: his own composition of the ill lucked couple in the poem calling to each other.

While Glenn suggested that sometimes words can fail, he didn’t fail at his task; reciting his performance from memory. I thought you were in great voice, Glenn, as was Witi Ihimaera, who as well as getting the audience to sing in rounds (we failed!) and telling us an alternative fairytale (The Ugly Princess) told us all that his incredible success was all somehow a glorious accident…

Witi’s new book, Sleeps Standing / Moetu, is by no means a failure. Written in bilingual form with Hemi Kelly, it is an outstanding account of the Battle of Orakau, during the New Zealand Land Wars. Witi does however claim to have failed along the way; the Trowenna Sea was not a huge success.

Victor Rodger regaled us with the fact that failure is in the eye of the beholder. Or is it that you can’t please everyone all the time? A hugely successful playwright (2017 Writer in Residence Victoria University, 2012 Pacific Artist in Residence at the MacMillan Brown Centre for Pacific Studies, 2009 Ursula Bethell Creative Writing Resident, Canterbury University), Victor’s use of another well-known F-Word in his work fails to impress the one person he wants to be proud of him – his Mother.

The nature of failure follows a pattern; as we say, when one door closes, another opens. Each lost opportunity leads to another, or a different path in life. A higher lesson in there, perhaps, on freedom and predestination.

This was an idea shared by Christchurch Mayor, Lianne Dalziel. Sometimes the timing just isn’t right; the universe has other plans. Our first shot at life and love may be an opportunity to reflect and refine. For her this manifested in a burn-out at Parliament after an exhausting inquiry into the Health Sector, which led to her standing down from Parliament. This left her in a good position to carry Christchurch through its transformation and rebirth.

These experiences are not without wounds. We’ve all been hit by failure, but it’s the resilience we gain that makes us stronger, says Hana O’Regan, Kai Tahu. It’s all in the way you look at it?

A champion of Te Reo, Hana turns life lessons into “rivers of words” writing her way through the experience to the learning on the other side. Each experience brings a lesson, says Hana; they turn up to say, we’ve been through this before, and we can get through it again.

Lastly, and certainly not least, Clementine Ford. Clementine shared a story of mislead youth and heartbreak. This lead us to two realisations: one: life isn’t a John Hughes movie (Pretty in Pink,The Breakfast Club), two: success is not marrying a wanker. Lol.

Fight Like A Girl author Clementine demonstrated her greatest weapon, her wit, in abundance; the lesson in her story being to hold your head high and laugh in the face of crushing (public) rejection.

Some of the stories shared here were so candid that I chose not to share them. Those gems were for our ears only.

My failures? Well, I started the evening keeping to the theme. On a rainy spring night, I failed to find a car park close to the venue (ah the fun of driving around the CBD in circles) and didn’t make the venue on time. Miraculously the event started late. And the rest? Well thats Witi, Glenn and I…