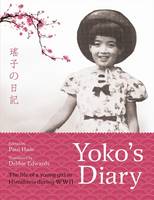 One thought on “Remembering Hiroshima and Nagasaki – bombed 72 years ago”