NZ Opera’s production of Carmen, Bizet’s tale of love and betrayal, gypsies and bullfighters, opens at the Isaac Theatre Royal this week and amongst the cast is a chorus of ten Christchurch schoolboys.

So what’s it like to be 12 years old and in a professional production of one of the world’s most popular operas? I asked twin brothers Archie and Jack MacDonald about how they got into singing, choirs, and their advice for other youngsters who might want to sing on stage.

How did you both get into singing and performing? Is that something you’ve been doing for a long time?

Archie: Well, we got into our first 2 big choirs [Christchurch Schools Music Festival special choir and the Christchurch Boys’ Choir] in year 5 but we’ve just been in heaps of school choirs and have always loved playing guitar and singing with our big sister, and it’s just sort of been a passion that we’ve always had all of our life.

Is singing something that you’ve always done together?

Jack: Yeah, I don’t think we’ve ever been in a choir that the other one hasn’t been in. And we busk together too. Either in the Riccarton Bush Market or the Re:Start Mall.

How much practising and rehearsing do you have to do for Carmen?

Archie: There’s quite a lot, particularly in our own time at home. We’ve been given a [music] file just to rehearse and get it all sorted… We’d do some at least every day for the last 2 weeks.

And for Carmen you’re singing in French. Is that a thing that you’ve done before?

Jack: We’ve sung in different languages before but not as much as in Carmen, so it took a few hours just to figure out the pronunciation and write it down in our music, and then there’s the notes and you have to put them all together and that’s hard but we’ve got the adult chorus to help us…  when you’re acting as well, you’ve got to know what you’re singing about so that you can have facial expressions and act how you would if you were saying it in English.

And what’s it been like being part of an opera production?

Jack: It’s been fun. Last year we were in Evita with Showbiz but this is like another step up. We’ve got different costumes from everyone else and we’re running around [the stage] teasing soldiers, running up stairs and things – it’s been full on but fun.

Is it good to have other kids around (in the children’s chorus)?

Archie: Yeah, it sort of takes a little bit of the pressure off. Definitely a solo act is a bit trickier and a bit harder but everyone’s really supportive and it’s just great, ya know? But it’s a bit more fun with more boys.

It must be very nerve-wracking going in for an audition.

Archie: Yeah, you can never really take that away from an audition. You always want to get in and have heaps of time with whatever you’re auditioning for.

Jack: Yep, just being by yourself in front of someone and singing is quite hard… but then you feel good coming out of it.

So what’s the most fun thing about singing?

Jack: Yeah, performances in front of a crowd.

Is it more fun with an audience? What’s that like?

Archie: When the lights go up you’ll just see a crowd sitting in front of you and you’re just like “I’ve gotta do this. I can’t really muck up.” So yeah, it sort of boosts you a wee bit more and you’re really wanting to work hard.

Jack: Well, you feel nervous but then when you go off the stage and you’re done you’ll feel happy, like after an audition and you’ll think that you’ve done your job well. As long as you give it everything and work hard.

Is music something you’d like to do for a job one day?

Archie: I’ve always thought it would be a lot of fun to be involved in music but I’ve never really seen it as necessarily something to base everything around, as in, have as my job but it would be heaps of fun to just stay involved. I’ve really got a taste for how much fun it really is and I’d love to keep that going for as long as I can, really.

Jack: Yeah, I really like cricket but then getting into a good team as a job, that’s gonna be hard so I have to have something else to work on… I’m sort of still thinking about it.

Do you have any advice for other kids who want to be on the stage performing and singing?

Jack: Give it everything and enjoy it. And just work hard.

Archie: I’d probably say don’t hold back, just go for everything that sounds fun. Never think “there’ll be some people who are better at this role than me”, because it’s great to have an experience of just an audition. It sort of gets you a bit more used to things and less nervous for later on in life. The more you do things, the more you get to enjoy it, the more hobbies you get to have when you’re older. So just really get into it. Take every opportunity. Absolutely anything really. Go for anything and everything you like the sounds of.

Being in choirs seems to have been a big part of it for you.

Archie: [Christchurch Boys’ Choir] has taken us from having not too many musical opportunities to just singing with so many amazing groups and heaps of cool opportunities coming up.

Jack: It was only Boys’ Choir that was in Evita. We sang at the Crusaders vs Lions game (we sang Conquest of Paradise) and now Carmen. And they’re after boys to audition for Sister Act. Whenever we’re backstage we’re always singing and stuff because we’ve all got decent voices we can pick out a harmony while we’re sitting there… I really recommend the Boys Choir as a really top thing that will get you into heaps of things like this, end of year concerts, concerts in between, or maybe one thing a year like performances with Showbiz.

Archie: (about end of year Battle of the Bands at intermediate school) It was pretty cool because with the Boys’ Choir we’ve got audiences much bigger than a school of 500 people and we’re a bit more confident with that sort of thing. If we weren’t in the choir or involved with any productions or anything that’d sort of be massive and our hearts would be pounding. It would be crazy, you know, really nervous. It’s quite cool just to know, we were very confident going into that and it’s because we’ve just sung in front of so many people… 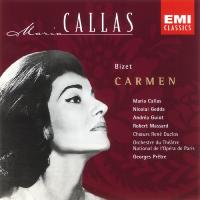 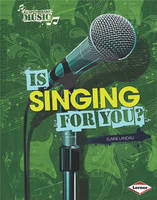 One thought on “Carmen interests: Archie and Jack MacDonald”