A group of community-minded men had an initial meeting in late June 1880 to discuss how to organise and promote art within Canterbury.

They felt that the rapidly growing centre of Christchurch needed some form of cultural organisation, and Auckland and Dunedin already had Art Societies.

A sub-committee of three was elected to draft up the proposed rules for a Canterbury Society of Arts. On the 8th of July a General meeting was held at the Christchurch Public Library and the Rules of the Canterbury Society of Arts were approved. The Society had the aim of “…spreading a love of artistic work through the community” and the first exhibition was organised and held in early 1881.

The Annual Exhibition opening nights soon became the highlight of the social calendar which included music and entertainment. You can view some of the early Canterbury Society of Arts catalogues that we have digitised.

Over the years the Society developed and built a permanent collection, held regular programmes and events, faced social and financial difficulties, courted controversy, expanded their mandate from just fine art to include arts and crafts and (eventually) accepted contemporary styles. They acquired permanent space and moved, and completely re-invented themselves. 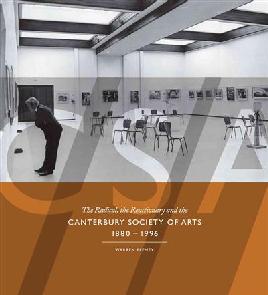