Have you ever wanted to unclutter your life? Jane wants to start life over; a clean slate. Emma, the girl before, wants to be rid of not just “the clutter from our past…but the stuff we carry around inside our heads.”

Like a lesson on the Japanese art of tidying, the house at 1 Folgate Street offers just that. But does it come at a price? 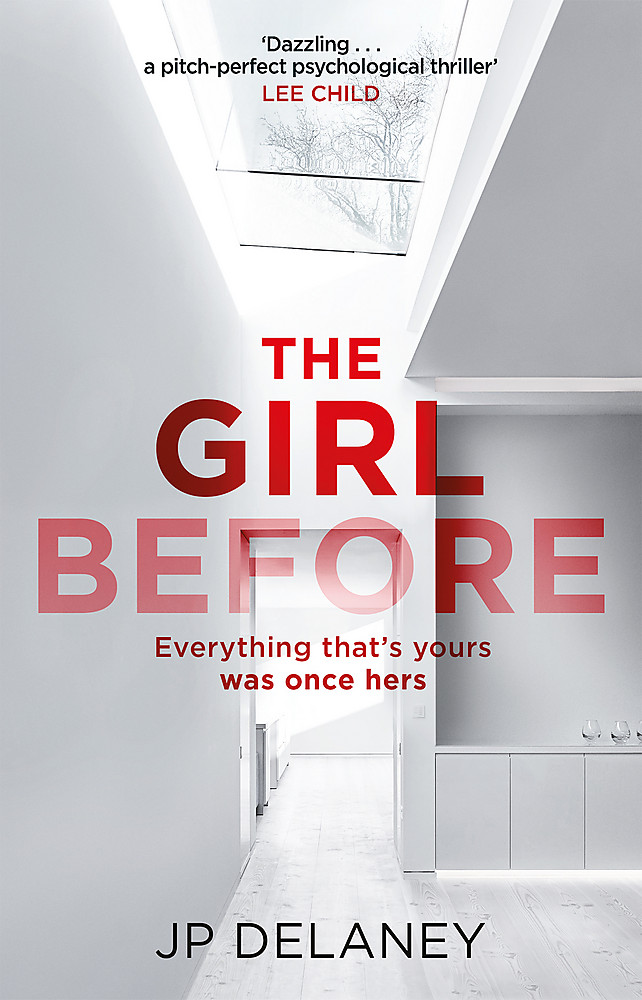 The architect of this minimalist house, Edward Monkford, has strict rules for his tenants. 1 Folgate Street is a perfection of minimalist architecture; not one personal item may be on view to detract from the intention of this “sentient” house, programmed to respond to its occupants’ daily needs.

This is a great psychological thriller of repetition compulsion (a term coined by Freud). But who is acting out the sexual psychodrama?

Like pentimenti (parchments written over), Jane relates her tale over the Emma’s, discovering first Emma’s tragic death, then the similarities between them. Not the least being their physical resemblance.

But who is the reliable narrator? Jane? or Emma? And who killed Emma? Was it Edward, whose wife, too, looked like Emma and Jane, and also died tragically. Was it suicide? Or was it someone else…

The Girl Before is the first book under the pseudonym JP Delaney, used by Anthony Capella. This story had me riveted, addicted, then spectacularly surprised by its conclusion.

Pop your sleuth hat on these school holidays to keep up with the kids and enjoy this psychological thriller.