When you emigrate, it takes time to get your histories all in a row.

First up all you are aware of is loss, the huge gaping and unfillable loss of who you were. It takes all your energy just to keep your head above water. At least that was how it was for me.

But then I rallied and joined the library where one of the first books ever issued to me was Michael King’s The Penguin History of New Zealand. Feeling very virtuous I carried it back on the bus to Brooklands. There I took it on little jaunts from room to room and finally bussed it back (unread) a month later. It was too much too soon. I pulled in my horns.

Time passed and I started to look out for books that related to my interests: art, architecture and the stories of women. Beautiful books drew me in and fed my soul. Books like: Māori Architecture by Dierdre Brown; books about New Zealand Art, and A History of New Zealand Women by Barbara Brookes. I am unapologetic about the fact that sometimes I just looked at the pictures. I had a lot of catching up to do. 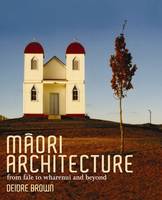 Then, just recently, I came upon my best New Zealand book thus far – Mauri Ora: Wisdom From the Māori World by Peter Alsop. This is a lovely book to look at, a satisfying book to hold and a profound book to read.

At much the same time as I was reading this book, I arrived at Central Library Manchester one day to work. On the sandwich board outside the library (see the photo at right with Fiona – its creator) was a te reo quotation with its English translation. I could almost understand the reo and I was enchanted by its translation – so appropriate for the library in question.

A small group of us stood outside the library looking at the quotes on the board. We had an engaging conversation about language and place and thought. Like planets, I felt all my histories line up and I was finally (albeit briefly) at peace. A quote from the Mauri Ora book says it all:

(Seek out distant horizons and cherish those you attain.)

I was pretty much chomping at the bit to get my hands on this new novel by Nina George, the author of the international bestselling novel The Little Paris Bookshop. I completely fell in love with her break through novel of love, joy and grief, partly due to its true to life characters which felt as real as people I have known, and partly due to its fabulous theme of ‘the literary apothecary’, a theme that would of course warm the heart of any librarian.

I was not disappointed by George’s second adventure through France The Little Breton Bistro – this time through the story of Marianne Messmann, an endearing sixty year old woman who has endured forty one years in a loveless marriage to Lothar, an inconsiderate and unfaithful sergeant major. When we first meet Marianne, she is on a visit to Paris with her husband. She is determined to finally do something she wants to do, namely, end her life.

Fatefully, Marianne is rescued from her attempt by a homeless man, and, even more fatefully, she is inspired to make a second attempt at suicide in Brittany – due to a painting of its striking seaside which she sees during her convalescence. Marianne’s adventure in Brittany takes her instead on a moving journey to self discovery as her captivating surroundings, and warm, colourful new friends, enable her to rediscover and treasure life again.

This is ultimately a warm and inspiring story despite George’s often stark realization of life’s’ complexities and cruelties. George is a sensitive author with a keen understanding of human frailty and a gift for expressing human emotions. She is also a master of evocative prose and made me feel as though I was present drinking in the sea and observing the Breton people along with Marianne.

Few writers would be able to capture the images and feel of France so well as Nina George. She has made me decide that actually, I have no need to go to these places now that I have read her gorgeous descriptions. Nina George is one of those magical writers who manages to evoke a world for readers to eagerly absorb and ultimately lose themselves in. I loved every moment of my time with Marianne, and, like millions of others, I am eagerly waiting for the next English translation of her novels now that we have finally discovered this beloved German writer for ourselves.