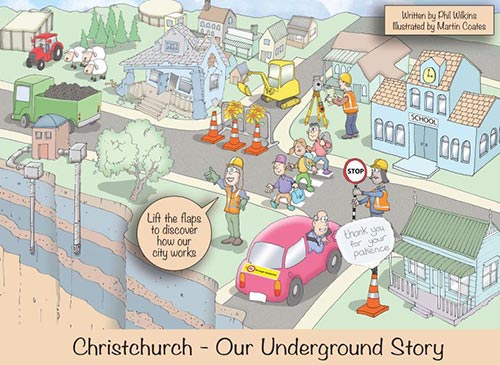 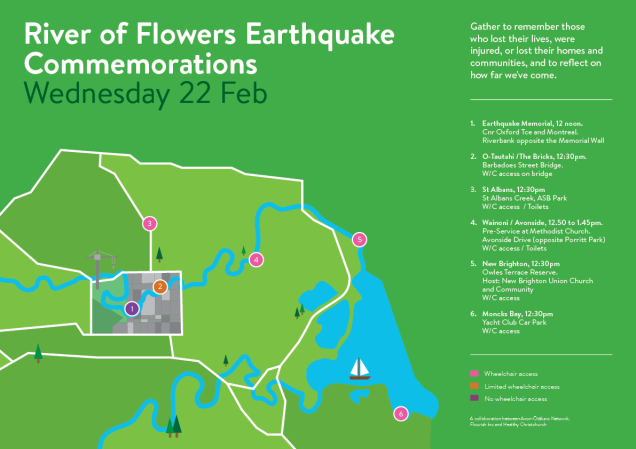 With the Holi festival approaching its fourth year of being held in Christchurch, people should no longer be surprised by the sight of respectable adults running around, throwing coloured powder and water at each other in the first week of March.

The first Holi festival held in the Garden City was organised by Hitesh Sharma and Sandeep Khanna of Revel Events, and took place at the Pallet Pavilion on 23 March 2014. The festival has grown in size and popularity since and is now one of the many Indian cultural events which are becoming commonplace on the Christchurch social calendar.

There are food stalls, games and dance performances, all the while coloured powder is continuously being thrown around. Those who are attending are encouraged to wear clothing and shoes which are old (as the colour might not wash out). Sunglasses can help keep the powder out of your eyes. The coloured powder supplied at the event is corn based and non-toxic.

This year the festival will be held on the grass space at 221 Gloucester Street. Entry to the festival is free (though bring money to purchase coloured powder and food!) 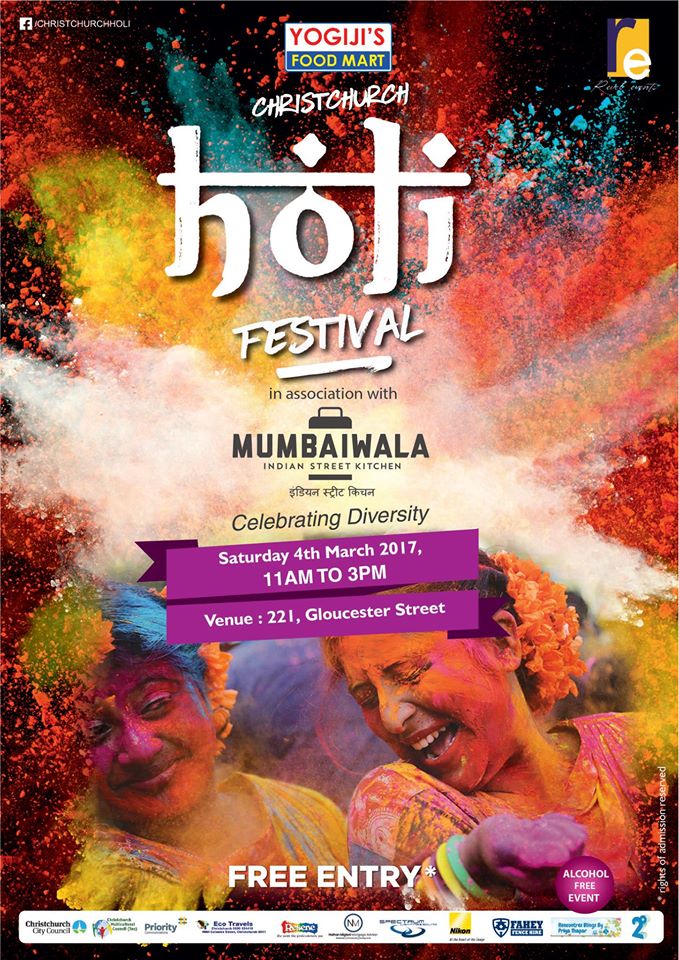 The festival is traditionally celebrated throughout the Indian subcontinent on the last full moon of the Hindu month of Phalgun.

Holi derives its name and origins from a narrative found in the Hindu scripture, Bhāgavata Purāṇa, which tells of the sinful king, Hiranyakashipu. Believing himself to be more powerful than the gods, Hiranyakashipu was angered that his son, Prince Prahlad, who was a devotee of the god Viṣṇu, refused to worship him. Holika, the demoness sister of Hiranyakashipu, who was immune to fire, tried to kill Prahlad by leading him into the flames of a pyre. In order to save his devotee, Viṣṇu manifested in the world as the lion faced avatar, Narasiṃha, and saved Prahlad. This symbolises the victory of good over evil.

To celebrate the defeat of Holika, a holika dahan, a bonfire with an effigy of the demoness, is burned on the night before the festival. On the next day, the streets are awash with colour as people of all different ages and communities bombard their friends and strangers with coloured powder and water. People are encouraged to lose their inhibitions. Anyone, at anytime, can suddenly find themselves surrounded and doused with colour. In this way, the festival also represents the putting aside of grievances and the celebration of community.

One game, which is commonly played, involves teams forming a human pyramid to reach a pot of butter which hangs high above the street, while bystanders throw coloured water on them. The game has its origins in the story of Krishna (another avatar of Viṣṇu), who tried to steal butter from Radha and the gopis (female cowherders). The game has featured at previous Holi events in Christchurch.

To prepare yourself for the fun of Holi, watch this scene from the Bollywood film, Mangal Pandey, based on the historical events of 1857.