Our team of Staff Pickles pick their faves of the year:

The Villa at the Edge of the Empire. One Hundred Ways to Read a City by Fiona Farrell (Bronwyn’s pick)
100 tiny pieces of perfect writing about the city we live in.

The Bad-ass Librarians of Timbuktu: And Their Race to Save the World’s Most Precious Manuscripts Joshua Harmer (Donna’s pick)
This is the true story of manuscripts gathered in Timbuktu, Mali & how they are threatened when jihadis take over the city. This is an utterly brilliantly told story about brave and bold librarians and citizens. Better than any thriller.

The Seven Good Years Etgar Keret (Dan’s pick)
The best autobiography I’ve ever and am ever likely to read!

Lab Girl: A Story of Trees, Science and Love Hope Jaren (Alison’s pick)
It is an awesome biography about a woman who loves trees, and her science-soulmate assistant Bill who used to live in a hole. They’re both incredible stranger-than-fiction characters, both passionate about science, both with a few tips about how to be very, very poor and still manage to run a lab. Stories of plants echo events in her own life – growth and roots, pollination and sex, endurance and survival. This one’s inspiring, fascinating and very well written. 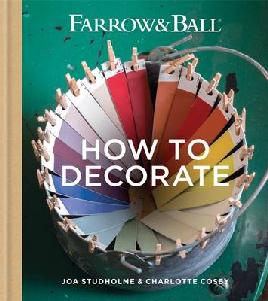 Orange is the New Black (TV series) (Robyn’s pick)
Came late to it but love it – highly addictive. Great performances, great stories, Piper is mad annoying but perhaps that’s quite accurate. And she’s in the background more as the series progresses.

The Vet’s daughter Barbara Comyns (Joyce’s pick)
Written in the 1950s this slim volume is domestic, sinister and soaked in sadness. Alice is the vet’s daughter and a very unhappy creature. As her life takes turn after turn for the worst she literally starts to untether. Weird but wonderful.

My struggle Book Three: Boyhood Karl Ove Knausgaard (Robyn’s pick)
This is my best book of the year so far, just as Book One, A death in the Family, and Book Two, A Man in Love were my best books of the year I read them in. I have to be on holiday to read them because once you start you cannot stop. I am not a man and I am not Norwegian and I am not a genius (and I think I’m a lot nicer person than Karl) but I have felt every emotion he describes, I just wouldn’t be able to express my feelings with such incredible skill.

Speak Louisa Hall (Joyce’s pick)
Humanity’s relationship with technology is told through a variety of narrators in this complex but gripping novel. Alan Turing, a Seventeenth century pilgrim girl, a robot and a variety of imagined scientists narrate their hopes and dreams of connection to the past, present and each other. Poetic and profound I so much wanted Mary Bradford travelling across the waves to her new life in the Americas to be real. Beautiful.

The Broken Earth series N K Jemisin (Alison’s pick)
The Obelisk Gate because it was a stunning sequel to The Fifth Season, delving deeper into the way this fantasy world works (or doesn’t work, as the case may be, as this world is intrinsically broken) full of tragedy, hidden histories, desperate grasps at survival, and utterly fantastic powerful women.

More of the best