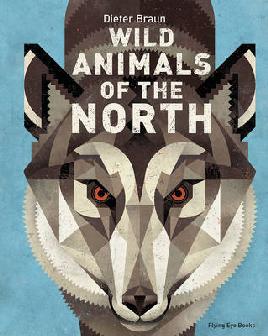 Wild animals of the North by Dieter Braun
A children’s book about the animals who live across the 3 regions of North America, Europe and Asia. This book has been getting a lot of good reviews. The illustrations are stars. They are bright, stunning and show the animals as full of life and personality. This is the first in a series that will cover the animals of the world.

The Guardian has great examples of the illustrations. 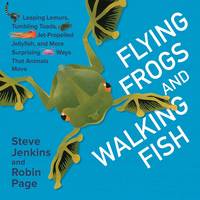 Another animal book, this time from the always superb husband and wife team of Steve Jenkins and Robin Page. (They have produced 16 books together): Flying Frogs and Walking Fish : Leaping Lemurs, Tumbling Toads, Jet-propelled Jellyfish, and More Surprising Ways That Animals Move. 46 creatures in the typical paper collages against crisp white background style, showing  how they might march, stroll, tiptoe or perhaps glide soar or coast.

On the fiction front there are promising titles such Days Without End by the Irish writer Sebastian Barry, which is a kind of literary western along the lines of that terrific novel The Sisters Brothers. Barry’s earlier novel  The Secret Scripture has been filmed (with Rooney Mara, Vanessa Redgrave and Eric Bana) and is expected to bring more publicity to this very talented writer.

So … something for everyone