Since many of us have birthdays around this time of year – the 10 most common birthdays all appear in the 10-day period from 22 September to 1 October – it’s appropriate to tell you  how Christchurch City Libraries can help make a birthday a special one.

Looking for some inspiration? Libraries offer a great range of resources to make the birthday of a loved one special. On offer is a wonderful range of books on birthday related topics such as party games, card making, gift ideas/projects and birthday cake decorating.

An eBook reader makes a fantastic gift for any occasion. Having one opens up access to a massive collection of eBooks that are free to download from the library (however be aware that the Kindle is not compatible with library eBook providers). The library also offers support in getting started with your eBook reader. An iPad or tablet can take this to a new level – these allow you to download not just eBooks but also services such as PressReader (newspapers and magazines) and eAudiobooks from the library.

Giving someone a framed family tree chart can make a superb gift – Central Library Manchester is where you will find the Family History Centre and staff are available to help you research ancestors.

Another unique gift idea that seems to have taken hold in recent years involves printing the front page of The Press newspaper on the day the said person was born. The page can then be enlarged and laminated and given to the person on the big day. The Press newspaper archive is located at Central Library Manchester.

Want to instantly feel better about being a teen? Be thankful you’re not peculiar…

Miss Peregrine’s Home for Peculiar Children by Ransom Riggs is a book was so weirdly compelling it had me from the moment I saw the strange image on the cover – it had to be different from your average vampire romance.

A bestselling story for young adults that appeals to a wide audience, Miss Peregrine’s Home for Peculiar Children is based on a fantastical collection of sepia photographs, of children with strange abilities.

Following clues left from his Grandfather’s violent death, Jake becomes linked with the fate of the original and colourful characters that fill a slip of time, hidden on an island. The reader becomes drawn in too, unable to stop reading late into the night. That’s always the sign of a great book.

Leaving room for a couple of sequels in the series, which is up to book 3: The Library of Souls, this first story begins an epic journey of self-discovery and adventure for Jacob and his new friends as they try to escape those who would expose them.

Are ghosts a photograph of time? What is really behind the spooky photographs that are sprinkled through the pages? The really scary thing about this book is that images in the antique pictures seem REAL.

The very exciting news is that Miss Peregrine’s Home for Peculiar Children is making the transition to the big screen! It will be in cinemas this week, with a star studded lineup which includes Dame Judi Dench as Miss Avocet.

Before you see it, I urge you to read the book.

If anyone can do this book justice, Tim Burton can? I have high hopes…

The Learning Centre at Te Hāpua:  Halswell Centre recently staged the first ever junior computer science competition in Canterbury, called The Buzz Off. Students from year 1 to 3 came from a number of schools to compete in Beebot robot challenges.

This event was organised with the support from Professor Tim Bell, University of Canterbury – Computer Science guru. MTA (Modern Teaching Aids) donated a first prize of $300 to a well deserving Ladbrookes school. You would have thought we had given them a million dollars by the looks on their faces!

Two ladies from Google Australia kindly made the trip to support this venture and donated gifts for all children who participated.

The great thing about this competition was that it was run by students for students. St Margaret’s, Casebrook, St Peter’s and Kaiapoi North student helpers supported, guided and celebrated the younger students learning.

For many of the teacher/adult helpers this was their first visit to the Te Hāpua Halswell Library. They expressed lots of enthusiasm and many expressions of “This library is fabulous and we will definitely be back”.

You can experience BeeBots at the Fun Palaces at Central Library Peterborough and see more robotics related classes.

In our Learning Centre, students experience eLearning programmes aligned with the New Zealand Curriculum document. These programmes provide learning in a technology-rich environment and the teaching within these programmes keep abreast with the latest teaching philosophies and strategies.

If you are interested in working with us to tailor an existing programme or work alongside us  please contact us Tel: 941 5140 or  Learningcentre@ccc.govt.nz 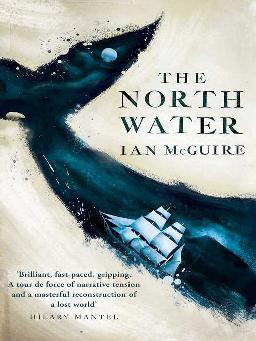 Eke panuku!
Win! Made it!

Congratulations Hugh, and thanks to everyone who entered our competition for a double pass to the first of two Christchurch shows next week.

We asked you to name your favourite song by one of the artists performing in The Church Tour 2016 and there were some clear favourites.

Shona Laing’s Glad I’m not a Kennedy got four times the votes of anything else, and though Kiwi classic Maxine, by Sharon O’Neill made an attempt it was nowhere near the popularity of Laing’s 1986 hit from the album, South.

2016 is the 10th Positive Ageing Expo. This annual event marks the International Day of Older Persons. It’s on Monday 26 September from 9.30am to 2.30pm at Papanui High School.

Come along for information and advice on:

A caterpillar bus will take people from the Sawyers Arms Road gates to the gymnasium where the exhibits. Parking for cars is available at the rear of the school. Over 120 exhibitors are offering services and information for older adults and their families.

There will be entertainment throughout the day. Food and beverages available to purchase, and there will also some free light refreshments.

Hard hats on … you are about to enter a construction zone!

Helen helps us wrestle back control of our demolished city – taking us on a journey past our city’s older buildings. Some are under threat of demolition and susceptible to destruction and decay. Capturing them photographically, deconstructing and reconstructing them, giving them a surreal dimension, the buildings seem at times to defy physics. The photographs begin pre-dawn with sunrise ending with night fall as if over a day, the weather also changing – reflecting our climate as if there where four seasons in one day!

Come and take this visual journey with us at Central Library Peterborough from the 18th to the 25th of September.

Find out more on 2 Galleries Facebook and visit her at 2 Galleries.com.