Here’s some audience questions from the session with author Elizabeth Hay at the WORD Christchurch Writers and Readers Festival.

Canadian Elizabeth Hay has to write about what means most to her. In her latest book  His whole life, she writes of the close mother-son bond. As the marriage comes apart, the mother-son bond deepens. In her earlier novel Late nights on air she revisits her years as “An old radio hack”.

On the publishing scene

New Zealand authors will sympathize with her comments that publishers aren’t always aware how much Canadians interested in Canadian tales. Publishers want books to be set outside Canada with an eye to foreign sales.

“He knows he’s not the smartest guy in the world” unlike Harper. He’s done some things like the Montreal Gay Pride march, does he overdo it? – Sometimes. Under former president Harper, Canada was very tar oil sands orientated. Under Trudeau it is different – landscape and environment is at the heart of the country now.

You can’t live in Canada without having a sense of it because there is so much of it and a need of landscape which is at the heart of our writing”.

Read a biography of Elizabeth Hay on her official website.
Have you read her books what would you like to ask her? 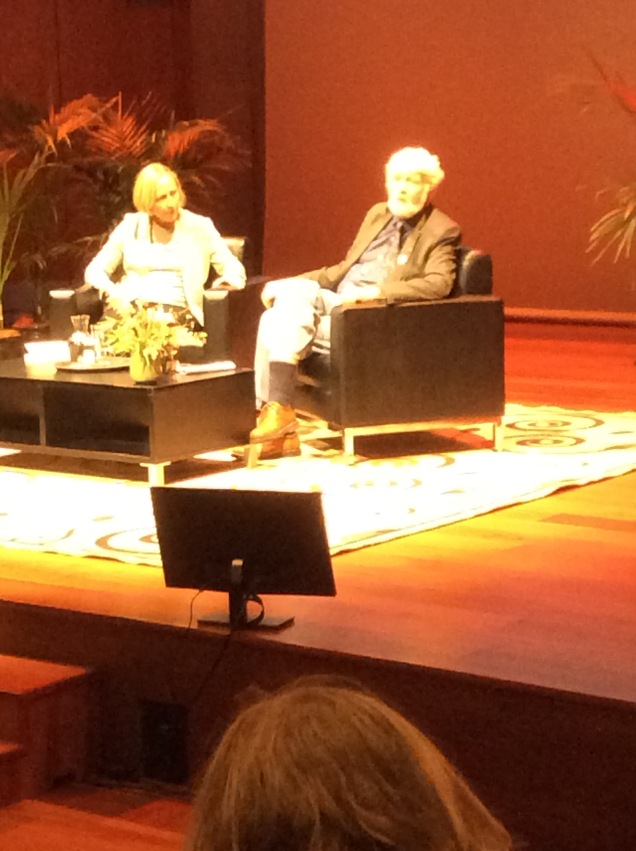 Find books by Elizabeth Hay in our collection.