Jarrod Gilbert is a sociologist, Canterbury University lecturer, firefighter, New Zealand Herald columnist, and the author of Patched: The History of Gangs in New Zealand.

I live in Sumner, which gives every indication of being the best suburb in the world, It has a terrific beach, is surrounded by hills, and has a cool village feel.

Libraries are fundamental to democracy and ideally are hubs for communities. Changes to make them less stiff and more welcoming are awesome.

To a God Unknown by John Steinbeck. I can read it over and over and love it each time.

I eat the same meal every day.

There are some wonderful authors and illustrators for children who are coming to Auckland in August as part of the 2016 IBBY Congress. You can read all about who we are excited to meet in our post about the IBBY Congress here on the blog. We approached some of the speakers and asked them a few questions about books and libraries. 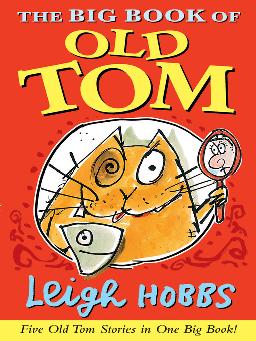 What are you most looking forward to when you visit New Zealand for the 2016 IBBY Congress?

I’m looking forward to meeting others as involved and enthusiastic about the world of children’s books as I am.

What is your favourite memory of libraries?

My favourite memory of Libraries is as a sort of safe haven when I was a child at school, where I could pore over books to ‘my hearts content’ – as they say…

What are 5 of your favourite books?

My favourite books are:

What do you love most about the world of children’s literature?

What I love most about the world of children’s Literature is feeling that I am, to a small degree,  a contributor to that wonderful unbridled world which is the child’s imagination.

What do you believe is the most important thing that adults can do to encourage children to read?

I think the most important thing that adults can do to encourage a child to read is to expose them to a broad range of books, not just ‘story books’, or ‘children’s books’.

Twenty years ago, Hone Kouka wrote a play for the New Zealand International Arts Festival, set in the 1960s called Waiora. It toured nationally and internationally for several years afterwards and has been staged in places as diverse as the UK, Japan and Hawaii. It is studied in universities and high schools.

Waiora is being restaged in Christchurch at the Court Theatre and I spoke to playwright Hone Kouka about the play. He describes it as “an immigrant story”, specifically that of his own family who moved from north of Gisborne to the Catlins, later settling in Rangiora.

One of the key phrases for me, was my mum said a few times that it felt like we moved to another country. So it was a really interesting story of being like immigrants in our own country. And yes there were other Māori there… but even so for her going from a community that was predominantly Māori to a community that wasn’t was a major shift.

And my family eventually settled in Rangiora and have pretty much been there for the last 30-odd years. So that’s pretty much the basis of my family, and that’s where the story came from. My dad was a saw miller, and I just wanted to pay a homage, to a degree, to them.

It’s really interesting being here in Christchurch. There are a lot of new immigrants here…

For this reason and others, Kouka feels that Waiora is as relevant now as it’s ever been.

There are a lot of reasons why I said yes to it happening down here, just engaging with the Māori community down here. There are a lot of great artists and yeah, just wanting more art in regards to all the changes that have happened to the city. And it’s great to be partnered with the Court Theatre and they are working really hard to try and engage with Māori here which is just fantastic.

One of the reasons it’s being done here at the Court was that 20 years ago it was done here as well, at the old Court Theatre…

Lots of Māori I know would never have been to the theatre before. This (play) is a really great example of something that’s travelled around the world and is lauded over there and bringing it back for our people… It’s been a great experience to be back here.

It’s just an art form that Māori don’t usually associate with and that’s really what it comes down to, and what I’ve found is lots of the shows that I’ve put on around the world, and around New Zealand, once Māori turn up they go, oh yep, this is ours… and it (Waiora) covers a whole lot of things in regards to us as Māori – there’s haka, waiata, reo all through it as well – and that’s one of the things that theatre, because it’s live, can do that books can’t. That you’re actually living and breathing it.

We’ve got kapa haka exponents in the play as well and I wanted to wrap those art forms up. So it’s really bringing together, the strength of Māori all over the place to tell a Māori story.

He goes on to explain that theatre offers something that other media can’t.

I spend a lot of my working world between the film and the theatre industry, and at the moment people want a live experience because they’re constantly in front of screens, and they want, actually, communication with other human beings.

…it’s not like a movie. You can’t talk through it. You can’t turn it over or anything like that – it’s right in front of you. You can hear them breathing. You can see them sweating and people really like that.

Kouka has worked on recent features such as Mahana (based on Witi Ihimaera’s novel Bulibasha) so I asked him if there is much of a difference working in film and working in theatre.

Yeah there is. I was the original screenwriter for it (Mahana) and then I was one of the producers. I prefer theatre to the film industry. And the biggest difference is money, to be honest, as it therefore goes through more people’s hands, and as an artist it’s more diluted – what you create. And that’s why I prefer theatre because you can say exactly what you want to say, how you want to say it, where you don’t have to abide by the finances and things like that. So it’s just more difficult that way.

I feel really lucky that I can move between the two. Mahana and Born to dance are two projects that came out recently that I worked on and I’ve got others coming up as well. So I’m just really lucky that that’s what I do – that I’m an artist who moves between both art forms.

Oh the horizon are another film project, travel, and more indigenous theatre.

Our company’s got a new feature that’s basically, you know the French film Amelie? – it’s a Māori Amelie. I wanted to write something that was light and really colourful, bursting with energy… so that’s where that came from. So I just had a Skype meeting with a financier in Denmark so that’s one of the most recent.

I leave on Saturday to do a theatre project to travel to Vancouver – our company’s got a co-production with 2 Canadian First Nation companies over there, It’s super active at the moment and it’s really on a big upswing, and that’s another reason why I wanted to engage with Christchurch and get the Court Theatre involved because globally there’s a lot of work happening – in Wellington it’s really on a big upswing and upsurge there so it seems to be  a good time to be involved in Māori work and travelling around the globe because they’re very open to it, which is great.

When it comes to libraries he is unequivocally in favour.

I didn’t start reading until I was about 7… and then I went crazy. I love them. For me, it gives me time to think because it’s quiet, most of the time, if that makes sense?

Libraries, they’re essential. They’re great meeting places. They are places of space and thought – that’s really what I associate with libraries. They should be one of the absolutely protected things that we have. It’s important for us to have knowledge and share it and at times the Internet – there’s not always a lot of depth to what you can gain from there – but you can from books. And also I really love the tactile nature of books. I really love them.