Helene Wong has taught classes in scriptwriting, film criticism, cultural identity and the media. She is now a full-time writer and occasional actor.

Mine is just a lightning visit, so although I’d like to, I won’t have time to check out how the rebuild is going. I was last in the city in 2012, appearing in “Man in a Suitcase” at the Court Theatre, and I remember being impressed by the evidence of people’s spirit to soldier on. This time I’ll just have to be content with immersing myself in the festival, discovering great books and meeting up with other writers. Damn.

Essential for human wellbeing. On one level, cosy and intimate – a room full of books is like being in a womb – and on another, limitless in their capacity to expand one’s horizons. 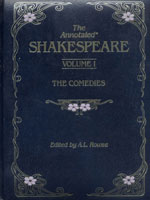 The Complete Works of Shakespeare – because I get comedy, tragedy, history and songs in a package. Also because by reading all the parts out loud I can people the island and not feel so much like a hermit.

Back in the 60s, I was a member of the Victoria University Ski Club women’s drinking team.