Science Alive is back next week for Term 3 with their Science Snippets sessions in libraries. Excellent Science Alive educators lead children through interactive activities to stimulate their interest in science, and there is something to take home every week! There is a different theme for each session and this coming week from Monday 1 August it’s Colour Magic at Papanui, Lyttelton, Fendalton, Upper Riccarton, and Hornby (it will be Colour Magic at South, Aranui, Shirley, Linwood, and Parklands on the week starting 8 August).

You are sure to learn all about colour and do some fun experiments. Here are some great nonfiction books that we have in the library if you want to learn more about colour:

Here are some stories about colour to read too:

We also have some fantastic eResources with heaps of information about colour. Check these out:

My name is Richard William Pearse and today it will be 63 years since my death. You know me because I was one of the first people in the world to fly a powered aircraft. Some of you even believe that my flight preceded that of the Wright Brothers and you would be right, it did by several months.

But many years ago I conceded quite publicly that by my own rigorous standards I hadn’t achieved controlled and sustained flight. It was quite a ride though when I did achieve take off and stayed in the air for over a hundred metres before ‘landing’ atop the large gorse hedge that bordered my property in Waitohi. My collarbone and I fared about as well as my plane did when I hit the hedge and we were both the worse for wear afterwards.

So while I could obviously get my plane in the air I needed to set about solving the problem of aerial navigation. Despite my work, this is where my well funded counterparts in the Northern Hemisphere had the advantage until finally as I wrote in the Evening Star on 10th May 1915;

…as aerial navigation was already an accomplished fact, I decided to give up the struggle, as it was useless to continue against men who had factories at their backs.

But other events would also define my life. In 1910 I became very ill with typhoid and spent three months in bed and a further six months convalescing. It was with particular significance that only a couple of years later Wilbur Wright died from the same illness. I moved to Milton, Otago not long afterwards to farm sheep and took my designs and aircraft with me but the landscape was unsuitable for trial flights. I put my efforts into inventing farm machinery instead.

In 1917 I was conscripted into the army and was placed with the Otago Infantry Regiment. I am 40 years old and despite enjoying walking the hills around my home and playing golf and tennis; I am unprepared for the toll army training will take on me. It soon became apparent that the typhoid had left its mark and I was eventually found to be physically unfit for further military service and discharged. I was home by the end of 1918.

By 1921 wool prices were plummeting so I decided it was time to sell up and I relocated to Christchurch. Here I eventually purchased three houses, two of which I rented out and lived off the proceeds so that I could continue my work. I dreamed of a plane in every home, but this was not to be. As time passed and my work continued to reside in relative obscurity; I became unwell and lived out my years at Sunnyside Hospital. I died here on 29th July, 1953.

But in a strange twist of fate my work lives on and is celebrated today. The recognition that eluded me in my lifetime has been heaped upon me in death. My utility plane and my years of research were discovered at my Christchurch home and a dump in Waitohi with thanks largely to my champion George Bolt. A replica of my plane was constructed in the mid 1970s, it toured the country and is now on display at Auckland’s Museum of Transport and Technology. They even tested it in a wind tunnel to see if it would fly. Unsurprisingly, it did.

Both men’s & women’s hockey has a long tradition in Canterbury; there were seven Canterbury men in the NZ Men’s Hockey Team that won gold at the Montreal Olympics in July 1976.

We are asking four quick questions of writers and thinkers coming to the WORD Christchurch Writers and Readers Festival on from 24 to 28 August.  First up, it’s Dr Selina Tusitala Marsh, award-winning Auckland-based Pacific poet and scholar.  She recently performed for the Queen as the 2016 Commonwealth Poet.

I look forward to jogging around the city to see resilience in action and get my feet earthed long the Avon River! Also, catching up with Festival participants, soaking up the creative energies of others, writing in my hotel room, enjoying the air.

I love libraries (and librarians – especially school ones because they are my key contact people when I visit schools to perform and run workshops) and I especially love the relatively recent development of turning them into active, brimming social spaces (we’ve got a cafe in the Auckland City library) with noisy and quiet areas!

No island is a desert, there were always people there before us! Plus, I read buffet-style with commonly 5 on the go, so, at the moment my 5 must have’s are Eckhart Tolle’s Power of Now, Anne Rice’s The Witching Hour, Austin Kleon’s Black Out Writing journal, the latest Chimurenga journal (picked up in Cape Town – amaaazing!) and Cherie Barford’s most excellent poetry collection, Entangled Islands.

I got caught in an arm bar during this morning’s MMA sparring session and am filled with thoughts of revenge! 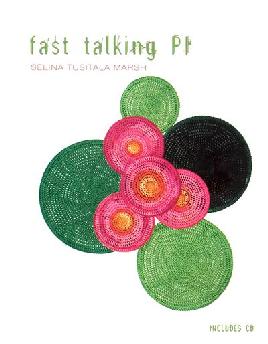 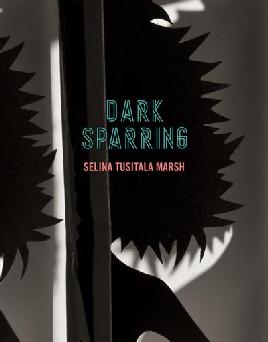 As so often happens with me, I recently spotted a single title that lead me down a library collection rabbit hole that I’ve only just scrambled out of.

The book in question was Dinner With Mr Darcy: Recipes Inspired by the Novels and Letters of Jane Austen. My interest was piqued. I had a sudden appetite to know – what other literature could I consume, literally?

I seemed to recall my sister attending a

Game of Thrones themed party in recent years that featured some Westerosi cuisine along the lines of Sansa Stark’s beloved lemon cakes. And sure enough, I found the very book, A Feast of Ice and Fire: The Official Companion Cookbook.

And well, from there it was cookbooks all the way down. And being that it’s winter and nobody really wants to go out much, I wonder if putting on a bit of a shindig with themed eating might not be the way to go? If that tickles your gastronomic fancy, then have I got the reading list for you!

First off, Dinner with Mr Darcy is not the only option for Austen fans as Cooking With Jane Austen covers similar Regency fare. Complete with food-related quotes from Austen’s work and with over 200 recipes there’s sure to be something to tempt even the most proud and prejudicial of guests.

For kids (or the ravenous child within) there are a number of titles to choose including those inspired by childhood classics such as The Winnie-the-Pooh Cookbook and Green Eggs and Ham Cookbook. Not to mention two volumes of Roald Dahl’s Revolting Recipes.

Those looking for something a little more adult might like Fifty Shades of Chicken: A Parody in A Cookbook. I only hope is that none of the shades is “pink”. I also suspect the name of the author “F L Fowler” is a nomme de (poultry) plume.

Also for the grownups are the thirst-quenching literary themed cocktail recipes of Tequila Mockingbird, and True Blood Drinks & Bites.

For those with more refined palates, Mrs Patmore’s kitchen secrets are revealed in The Unofficial Downton Abbey cookbook.

It’s comforting to know I’m not the only person to ever ask the “what books could I eat?” question either, in fact a book by a former pastry chef turned butcher asks just this…and what’s more provides some recipes in answer which can be found in Voracious: A Hungry Reader Cooks Her Way Through Great Books.

There’s also a photographic twist on the same idea in Fictitious Dishes: An Album of Literature’s Most Memorable Meals which includes culinary creations from Alice’s Adventures in Wonderland, Oliver Twist, and To Kill a Mockingbird among others.

Meanwhile, there are certain dishes or kinds of food that are, in my mind, inseparable from the fictional characters for whom they were favourites. I often think of the Famous Five when I enjoy a ginger beer, and should I ever find myself in possession of a rock cake I’m sure I’ll make the same association.

What food item from literature would you like to try the recipe for? Bags not Anne of Green Gables’ liniment* cake!

*Apparently very easily mistaken for vanilla extract when you’ve got a cold.

With the Rio Olympics due to start next month, this episode discusses human rights in the sporting context and touches on subjects such as –

The panel for this show includes Sally Carlton, Roslyn Kerr from Lincoln University, whose research looks at the world of elite gymnastics, Ashley Abbott from the New Zealand Olympic Committee, and Barbara Kendall, five-time Olympian and member of the International Olympic Committee. This discussion is preceded by an interview with William Stedman, New Zealand’s youngest Paralympian for Rio 2016.

Exposing human rights through (citizen) media discusses topics as wide-ranging as satellite technology, the Arab Spring and the struggle for independence in West Papua.

It’s on. Man vs woman. Republican vs Democrat. You may well be fed up with the whole thing by now but if not, we have plenty of reading material on the presidential hopefuls, including Trump’s The Art of the Deal.

Tony Schwartz, the ghostwriter of this immensely popular “memoir” of the real estate tycoon gave an astonishing interview with The New Yorker this week in which he expressed regret at having written it.

“I feel a deep sense of remorse that I contributed to presenting Trump in a way that brought him wider attention and made him more appealing than he is.” He went on, “I genuinely believe that if Trump wins and gets the nuclear codes there is an excellent possibility it will lead to the end of civilization.”

But The Art of the Deal is by no means the only book about, or purportedly by, Trump in our collection.

But by sheer volume Hillary Rodham Clinton is in the lead…