Each week during term time (except the first and last week) the team from Science Alive bring their Science Snippets sessions into our libraries. Excellent Science Alive educators lead children through interactive activities to stimulate their interest in science, and there is something to take home every week! There is a different theme for each session and this coming week from Monday 13 June it’s Turtle or Tortoise?

Here are some stories about turtles and tortoises to read too:

We also have some fantastic eResources with heaps of information about turtles and tortoises. Check these out: 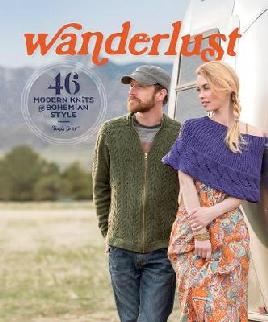 Where do you knit? Do you knit in the privacy of your own home? What about in the tearoom at work or the waiting room? Have you knitted on the train, tram, bus or ferry? What about the park? Have you taken your knitting to a café or library?

Saturday, 18 June is World Wide Knit in Public Day and you are encouraged to do just that. Grab your knitting and knit in public. Do I hear you ask ‘why’? I say, ‘Why not’? It is a great way to show the world that knitting isn’t just for little old ladies with grey hair and pink cardigans.

Join us at Central Library Peterborough with fellow Peterborough Street-ers Knit World to celebrate World Wide Knit in Public Day. Bring your knitting or crochet and enjoy tea, coffee and a chat on Saturday 18 June from 12 to 2pm. Better living through stitching together! Find out more.

Knit around the Orbiter

How about knitting on the bus? Knit around the Orbiter!:

Celebrate World Knit in Public Day with fellow knitters and crocheters doing a loop on the Orbiter bus. Then we will pop along to a café. Bring your knitting or crochet and friends. There will be some wool and knitting needles and crochet hooks and tuition available. It takes approx 1hr 40 mins to knit all the way round.

Here’s our blog post on last year’s Knit around the Orbiter event.

If you can’t make it to a Knit in Public Day event, don’t worry, some of our libraries have knitting groups. Just look in our events calendar. 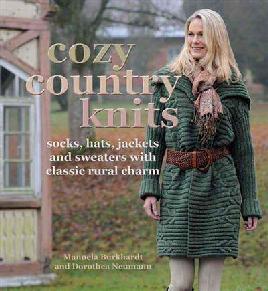 Now if you like the idea of knitting in public, but don’t want to be seen doing it, you could try yarn-bombing, but I think I’d prefer the company of others at a WWKIPD event. I might meet someone new, learn a new technique or introduce someone to the art of knitting.

Matariki, Aotearoa New Zealand New Year has arrived with the return of the star grouping of the same name, what is widely known as The Pleiades, a star cluster within the constellation of Taurus.

In some Māori traditions Matariki forms a pou or post along with Tautoru (Orion’s belt) and Takurua (Sirius). This is the post of Hine-nui-te-pō, the goddess of death, and symbolically marks the death of the old year.

The Matariki cluster, for whatever reason, has fired the imagination for millennia, appearing in poetry and stories since time immemorial. All around the world there are many traditions, legends, and stories based on this cluster of stars.

Matariki in Māori songs and poetry

The stars of Matariki make an appearance in a number of Māori songs and mōteatea (a traditional form of chant or sung poetry), in the latter it is often in a lament or remembrance of a loved one.

(Behold the Pleiades are clustered above. / Lost, alas, is the star that hauls forth the dawn.)

Or this one by Mihi-ki-te-kapua –

(I gaze up at the stars, / And the Pleiades are gathered together / Which gives rise to many thoughts / That well up within, and freely / Do the tears pour forth / And flow shamelessly from mine eyes.)

Wow. That’s almost got me a bit teary myself.

(Away out yonder is Atutahi, / The star that shines apart in the heavens. / The noose was pulled taut / At the rising of Matariki, / In the company of Puanga and Tautoru. / It was thus you were all hauled down in death, alas.)

(In the winter time, heralded now by snowstorms,  / And this cold weather of Matariki.)

Or this lament for Te Umukohukohu –

(Matariki re-appears, Whānui starts its flight. / Being the sign of the [new] year!)

More recent examples include the song “Te Aroha” by Tuini Ngawai, written in 1960 which has the lines –

(Spread your light oh Matariki / On to Mother Earth / As a guiding light for this land / May the seed become an honoured bloom / for the poor, for the needy. / For the needy.)

The Pleiades in poetry around the world

These same stars, though called by other names have been referenced multiple times in poetry in other cultures too. In the 20th century a Japanese literary magazine mainly focused on poetry, was called “Subaru”, the Japanese name for the Pleaides/Matariki cluster.

Sappho, the greek poetess, thought to have been born around 630 BC, made at least one reference to The Pleaides in her “Midnight poem” –

Industrious astronomers have used this description of the relative positions of the moon and the stars – making a guess at the rough year and place to determine which time of year the poem was written in.

And nigh at hand, only a very little above,
Swim the delicate sisters the Pleiades.

His longitude through Heaven’s high road; the gray
Dawn, and the Pleiades, before him danced,

And in “Locksley Hall” by Lord Tennyson –

Many a night I saw the Pleiads, rising thro’ the mellow shade,
Glitter like a swarm of fire-flies tangled in a silver braid.

There are also multiple references in the star cluster in the epic poetry of Homer, in The Iliad and The Odyssey.

Pleiades references in other literature

Other literary associations include novels like Edith Wharton’s Ethan Frome. Here Ethan describes the night sky to his cousin Mattie.

That’s Orion down yonder; the big fellow to the right is Aldebaran, and the bunch of little ones-like bees swarming-they’re the Pleiades…

In more recent times popular novelist Lucinda Riley has undertaken a series called The Seven Sisters with each book focusing on a different one of the seven sisters.

What’s your favourite mention of Matariki or the Pleiades in literature?

For more poetry about Matariki and the stars try –

On the 10th June 2016 it will be 148 years since eight councillors unanimously elected the first Mayor of Christchurch. There have been 46 Christchurch mayors, but William ‘Cabbage’ Wilson was our first.

‘Oh dear’, I hear you say; what an unfortunate nickname to be saddled with. I couldn’t agree more. Now before your imagination takes flight…  the nickname was earned because of a hat made of cabbage tree leaves that he wore. It also served to differentiate him from two other prominent Christchurch William Wilsons – ‘Nabob’ and ‘Parson’.

But I digress. William Wilson had far more to be remembered for than just an unusual nickname, hats made of leaves and what was apparently a fabulous combover. He was a very prominent nurseryman and landowner in the central city as well as being quite active in the community and local politics;  which led to him being elected as Christchurch’s first Mayor.

However the higher you rise the further you have to fall. And this is what happened in spectacular style to William Wilson. It all began with his fraud conviction from the sneaky use of land that he was trustee for.  Hot on the heels of this scandal, his wife came forward to seek protection from his abuse as she feared for her life. Apparently he didn’t feel that he was in enough hot water so he tried to break into her house for which he was arrested.  His fall from grace was complete.

However, in an odd twist he did manage to get re-elected to council 10 years after his stint as Mayor and this caused an uproar among 5 of the sitting councillors who resigned in protest. Well, that won’t make you popular among your peers, will it? Big news at the time and thankfully he managed to perform his duties without further scandal; but his time in the world of politics was drawing to a close.

He did manage to claw back some respectability though for his ability to grow prize worthy vegetables of substantial size. Try to imagine a cauliflower that was over 3 feet in circumference and weighed 11 pounds! That’s nearly 5 kg of cauliflower – pass me the cheese sauce!

So with such a legacy to be remembered for, its little wonder that we don’t exactly celebrate the man and his achievements. Maybe it’s also a great shame that his bad behaviour has so overshadowed the good work that he achieved in his lifetime. Fortunately, we do still have daily reminders of what he did contribute to our city – even if we are unaware of it. Next time you are driving down Wilson’s Road past AMI Stadium spare a thought for our first Mayor as the street you are driving on was named for him. When you next admire the lovely old trees that grace the centre islands of Fitzgerald or Bealey Avenues or maybe the trees on the banks of the Avon River, don’t forget that William Wilson was Subcommittee Chairman for the landscaping of these areas. Finally, something beautiful and lasting to be remembered for.

Now that your interest is piqued about Christchurch mayors, see what some of them got up to in their lives: