If you can hum along to the tune of Hey There Georgy Girl, and maybe even sing the lyrics:

Hey there, Georgy girl
Swingin’ down the street so fancy-free
Nobody you meet could ever see the loneliness there – inside you,

then you’ve probably seen the 1965 film of that name starring a youthful Vanessa Redgrave, and like me, it may have influenced your life. But you might not be as aware of the influence of British author Margaret Forster, who wrote the book on which the film was based.

Margaret Forster died on the 8th of February, just a few days ago. From the very first Margaret Forster that I read in a Book Group long, long ago, I felt such a rush of identification with this marvellous writer. I felt that in some ways I was like her, but maybe it was just that I wanted to be like her. Let’s just say I felt a bond. As a result, over all the intervening years,  book group after book group that I joined would be asked – Have you read any Margaret Forster? You could say I was a Forster groupie.

The first of her books that I read was in fact Georgy Girl. It was something of a revelation to the 1960s me  that you could be less than enamoured of your own looks (as was Georgy) and still  be as attractive as all hell to men, and have a fantastic sex life. I think it was at that point I stopped ironing my hair (say no more). So thanks for that too Margaret.

Margaret produced 25 novels and several works of non-fiction – all of them written at home in England, and in longhand using her Waterman pen (she disdained the use of technology). She was acutely observant of people in their everyday lives. And as a feminist and a socialist, she and her author husband Hunter Davies often took up causes – like the care of the elderly – of which they were both critical.

Her final book: How to Measure a Cow is due out in March this year. But I doubt that it will topple my favourite Forster book from its perch: In My Life in Houses she shows her love of home and her marvellous ability to nail the observation of the mundane and elevate it to the immediacy of a profound personal experience.

Margaret Forster was a hugely intelligent young woman, born on the wrong side of the tracks, teetering on the brink of rebellion and despair as to her future options. There seemed to be no escape from the drudgery that had been her mother’s lot. Then, in a cinema queue she met a young man, Hunter Davies who was to become the biographer to the Beatles. He encouraged her to apply to Oxford University, which she did. They fell in love, married young and stayed together all their lives.

One day someone will write a Margaret Forster biography. I don’t think I will read it.  She told us the story of her life in her novels and other books. And I don’t believe that anyone else could do it any better. 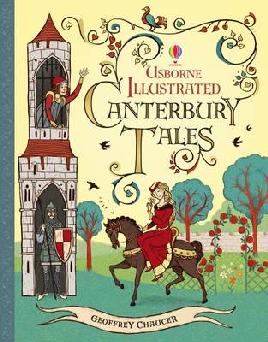