One of my favourite books has a poor reputation in some quarters. I read this book in my teens and it contains a story and a character that has stayed with me. Due to this I have decided not to reread it as an adult as I fear I would view it very differently. The book was Gone with the Wind by Margaret Mitchell.

Many now think of Gone with the Wind as is a romance which was reinforced by the movie that concentrated on the Rhett Butler/ Ashley Wilkes/ Scarlett O’Hara angle.

The book is actually much darker. In the book you get to access the selfish thoughts and obsessions of Scarlett’s mind. For example the Scarlett O’Hara of the novel refuses Rhett Butler access to her bedroom as she wants to maintain her 17inch waist. She largely ignores the three children she has (one to each husband which is left out of the movie) and fixates on the husband of one of her closest friends. So what is it about this book and more importantly the book’s heroine that stays with me?

When I look back as an adult I can see her as a manipulative, racist, wannabe adulteress who betrays both friends and family. Yet to my teenage self all I could see was a woman who lived through an awful reversal of fortune to become a successful business woman having refused to conform to behavioral restraints. She was a survivor in the face of every opposition. What could be more appealing to a teenage girl or to me even now?

In the end she may or may not have lost the man of her dreams but despite this she picks herself up again and fights on. People may only remember the lines of Rhett Butler at the end of the movie as “Frankly my dear I don’t give a damn” but I prefer to remember the book where the emphasis is on Scarlett when she stands up and declares “Tomorrow is another day”.

She remains determined despite everything she has endured. The fact she is flawed on so many levels makes her relatable and the fact she remains undefeated makes her inspirational. In all she is not a bad heroine for a teenage girl or a grown woman to have.

The Lyttelton Library in London Street is relocating. It will close at 1pm Saturday 30 January and relocate to Trinity Hall, 25 Winchester Street. It will open at its new location Monday 15 February.

Earthquake repairs and strengthening and a full refurbishment will be carried out on the London Street building from February to November 2016.

You can help! Lighten the load of books to be moved from the London Street library site. Max out your library card by borrowing books, DVDs, magazines and CDs, then return your books to Trinity Hall. 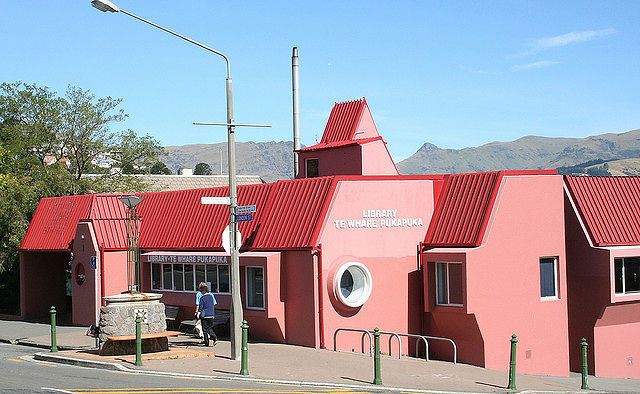