Now they’ve branched out, and launched Freerange Little Prints for the younger set. Their plan is to publish kids’ books with themes of “the city, politics, design, art, pirates”. The first Little Print off the press is Chickens in the hen house by Wendy Kissel, with bold and bright illustrations by Kelly Spencer.

It’s supercute, and Kiwi – with tī kōuka, chicken coops, and kids playing and counting. It’s the kind of book that’d be a great Christmas stocking filler  – perfect if you want something small, thoughtful, and bright as a button. 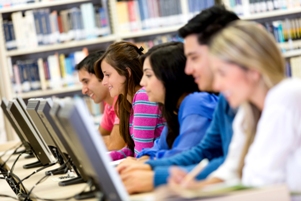 Usually it is not until the New Year that we start to think about a bit of personal remodelling. Perhaps a new outfit or a gym membership to try and rediscover the muscle hiding under that soft flesh we keep accumulating.

Well this year EBSCO have got in early and remade one of our popular teen eResources, Student Research Center. It is being replaced with the mobile friendly – and more Australasian-centric –  Explora Australia/New Zealand. This new multimedia reference tool for high school and tertiary students searches across fourteen eResources in a single search. Some of these include:

What does this mean for Student Research Center? Well basically EBSCO is removing it from their books. Our access to this eResource will cease on 15 January and you will be redirected to Explorer Australia/New Zealand and eResources Discovery Search as the alternative.

So we will start a new year with a new eResource specifically aimed at high school and tertiary students in New Zealand. This I am sure will end up being much more useful than many New Year resolutions made in the heat of the moment. I should know – there are a pair of pants hanging in my wardrobe that I have sworn to myself for the past two years I will get back into. Oh the delusion!

Confession time. I’ve never actually read any Sherlock Holmes stories. I even made a resolution to a few years back, and then the BBC started making the brilliant Sherlock series (and let’s not forget Elementary) and I never got any further. Why would I with Benedict Cumberbatch filling the Holmesian slot in my pop culture wishlist?

But perhaps I need to revisit this, for a couple of reasons. First, the Christmas break approaches and I should (theoretically, at least) have a bit of extra time up my sleeves with which to sink into a Victorian mystery.

Second, I’ve recently learned that Sir Arthur Conan Doyle actually visited Christchurch. He arrived on 15 December 1920 to give a series of lectures at the Theatre Royal, mainly focusing on spiritualism.

While in Christchurch he stayed with the Kinsey’s on Papanui Road, who had, 15 years earlier, hosted another famous author in the form of Samuel Clemens or Mark Twain and in 1934 would play host to George Bernard Shaw.

You can read more about Conan Doyle’s interest in spiritualism and his New Zealand visit in this interesting article from Lost Christchurch.

For Doyle’s own reflections on visiting New Zealand read his 1921 book The Wanderings of a Spiritualist.

If, like me, you’re a Holmes novice then there’s no better place to start than at the beginning with the novel A Study in Scarlet before progressing on to the other novels and short stories.

If you enjoy local history, heritage, or generally intriguing snippets of information, make sure to  keep an eye on our digital collection.  New additions appear regularly. One of the latest is the Log on board the S.S. Somersetshire, 1869, by W. C. Walker.

Mr Walker left Plymouth on 1 July and arrived in Melbourne on 30 August 1869. His diary is an amusing compendium of vignettes of daily life aboard ship. Days pass by lounging on deck under the awning, playing whist in the evenings, and attending concerts and dances. For the sport-inclined there’s the excitement of guessing how many knots the Somersetshire has done the previous day and maybe winning the sweep.

Of course there are the usual irritations of sharing facilities. As Walker notes, “nothing is sacred on board ship – all is common property” (p. 14).  In the bathroom a notice appears requesting that bathers limit themselves to 8 minutes apiece – a time limit that was apparently strictly monitored.

I particularly enjoyed Walker’s descriptions of his fellow passengers:

Miss Weston as the elder of the 2 deserves the first place & for other reasons as well. I can’t tell you her age – all I know is that she is young enough to think her youth requires her to dye her hair. (p. 27)

And with apologies to all readers lucky enough to have Irish ancestry or red hair:

Mr Moynan… remarkable in appearance from possessing the reddest hair & whiskers I ever saw, but apparently and I think luckily wanting in the immense assurance & self-appreciation generally associated with such flaming embellishments especially when the owner is an Irishman. His eyes without speculation of a neutral fishy hue, so neutral as to be hardly called hue or colour at all; and probably to this accident this sanguine temperament generally accompanying red hair has been so subdued as to be conspicuous by its absence. (p. 6)

All in all, the trip could almost appear to be one of pleasure. As Walker himself writes in the final pages of his log:

Yet there are clues that not everybody is as lucky as Mr Walker. In Plymouth the Somersetshire “passed close under another ship on the point of starting for Australia, the ‘Royal Dane’… crowded with emigrants & waiting for a fair wind, & less fortunate than the ‘Somersetshire’ in having only wind & sails to trust to” (p. 5). Most shocking to me was the passing remark that about a week into the voyage, 6 stowaways gave themselves up, including a boy about 11, who was given to the boatswain to “slave for him” (p. 55). I can’t help but wonder which category of traveller my Scottish ancestors who settled in Southland belonged to.