Dinosaur Footprints: A Story of Discovery is a national touring exhibition brought to you by GNS Science and New Zealand Oil & Gas and supported in Ōtautahi by Christchurch City Libraries. It is on now at Fendalton Library. 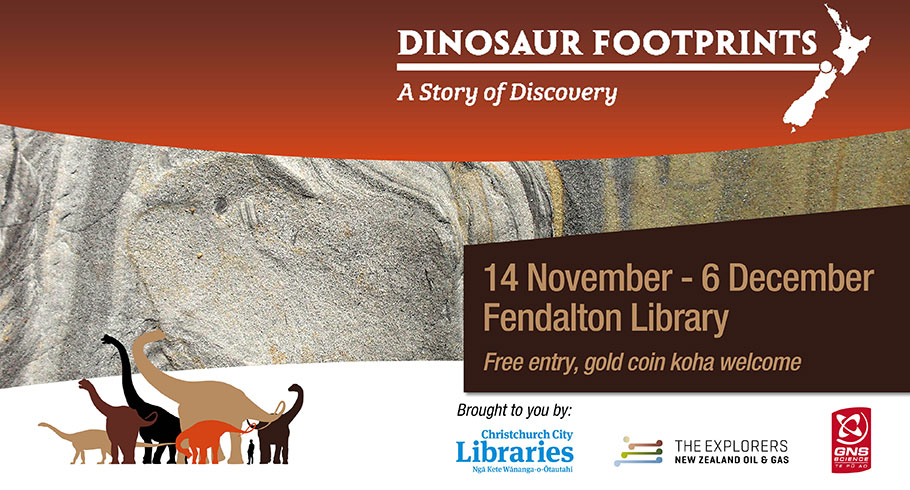 In 2009, geologist Greg Browne found dinosaur footprints in the Nelson region, which are thought to be 70-million years old! They are thought to have been left by plant eating Sauropods – the largest animals to ever roam the earth and the first ever evidence of dinosaurs in the South Island!

Dinosaur Day Saturday 21 November 10am to 4pm at Fendalton Library

Join us in this day of Family Fun! With 3D dinosaur printing, augmented reality books, 3D colouring, dinosaur storytelling and more. There will also be some craft activities for children with ‘The Make Company’. To reserve a place for these please book online.

Snap a selfie at the exhibition and upload to social media with #dinosinchch and be in to win cool dinosaur LEGO!

World Book Kids
An interactive encyclopedia with dinosaur articles, video and images. It includes articles all about dinosaurs including the Pterosaur which had a wing span of 12 metres! That explains why the word “dinosaur” is derived from two Greek words, meaning “terrible lizard”. OverDrive for Kids
If you’d like to know more about dinosaurs, try these free online resources for kids. You may need a library card and PIN number for some of these – ask a librarian if you need help. Lots of eBooks and eAudio books about dinosaurs such as – Dinosaurs Love Underpants, Bruce the Brachiosaurus and We’re Going on a Dinosaur Dig.

Britannica Library Teens
The online version of Encyclopaedia Britannica provides articles, videos, pictures and journal articles about dinosaurs and palaeontology. There is even an article about fossilized dinosaur poop called coprolites which tell us about a dinosaurs’ diet!

Science in Context
Includes the latest news in the field of palaeontology, articles from magazines, academic journals and video and audio content. Learn about the debate about what caused their extinction – asteroid or volcano? 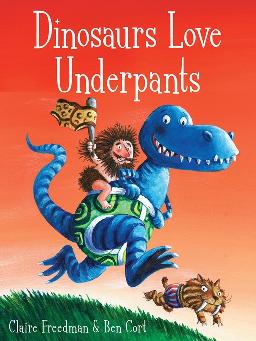 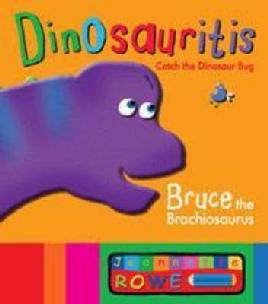 16 November 1901
Earthquake (most severe at Cheviot) damages Cathedral spire again. After this third incident, the top of the spire was re-built in timber and metal instead of stone.

17 November 1895
Mark Twain (Samuel L. Clemens) visits. He described Christchurch as a town where half the people rode bicycles and the other half were kept busy dodging them.

21 November 1865
Provincial Council buildings in Durham Street completed. The complex of buildings was architect B.W. Mountfort’s masterpiece. He had survived a professional disaster soon after arrival in New Zealand when his first building, a church in Lyttelton, had proved structurally unsound and had to be demolished. 22 November 1986
Visit by Pope John Paul II (the first head of the Catholic Church to visit New Zealand).