Kids at Queenspark School were super lucky to get visit from a rock star this week. Stig Wemyss, one of the most popular narrators of audio books for kids, visited the school as part of his ‘Stig at the Library’ NZ tour.

Stig Wemyss is an actor, writer and the voice behind heaps of children’s audio books.  If you have borrowed kid’s audiobooks from the library before you’re almost certain to have heard him read you a story that had you laughing out loud. He has narrated stories by the funniest authors around, including Paul Jennings and Andy Griffiths.

According to Stig, narrators are the ‘rock stars of kids books,’ and he certainly showed us why. He treated the kids of Queenspark School to an hour of silliness and laughter.  He showed us what it takes to be a narrator and got heaps of the kids up the front with him to try his audition techniques.

He read one of Andy Griffith’s short stories from his book Just Stupid and had everyone engrossed in the story. It is no wonder that Stig is so popular because he is a natural performer who brings Andy Griffiths’ and Paul Jennings’ crazy, silly, hilarious stories to life.

Stig has been touring NZ to promote Borrow Box, a great new eResource that libraries around the country, including Christchurch City Libraries, now have available for customers.

With Borrow Box you can borrow and download eAudiobooks to your computer or mobile device whenever you like, wherever you like. There are heaps of eAudiobooks to choose from, including books by Andy Griffiths and Terry Denton, Jacqueline Wilson, Enid Blyton, Morris Gleitzman and Jackie French.

Check out Borrow Box now and download an eAudiobook read by Stig Wemyss.  I guarantee it will have you laughing out loud.

National Novel Writing Month started on Sunday, the 1st of November, or for the super keen, after midnight on October 31st. To the uninitiated, this is the month set aside for those of us crazy enough to attempt to write 50,000 words by the end of November (about 1667 words a day).

This isn’t my first time attempting NaNoWriMo — I first joined (and won) in 2003 — but the past few years have been flops, ill thought out ideas quickly dying on the page. This time I’m slightly better prepared, having characters and plot in mind before starting to write. I was all set to write a gothic science fiction adventure — you know, Jane Eyre in space, that sort of thing — but I’ve only written 2,000 words and already it’s heading off in a totally different direction. Sigh.

Never mind; this year my goal is simply to keep writing, no matter what rubbish comes out. While one of my writing buddies is already on 25,000 words (how?!) my style of writing is more like… staring in desperation at the ceiling after every sentence, kind of thing. Hopefully by the end of the month I’ll be more in the groove, but not the grave. Although, thinking about it, being buried alive is very gothic novel, so you never know.

Is anyone else mad enough to attempt NaNoWriMo this year? What are you writing about?

The Lincoln Efford Memorial Lecture 2015 is being held on Friday 6 November 7.30pm at the WEA Hall, 59 Gloucester Street. The topic is Turning the other cheek: Ormond Burton and Lincoln Efford – New Zealand’s most prominent pacifists during World War Two.

Poster parade in Wellington for peace during World War II. A long line of people are wearing sandwich boards which have posters with peace slogans pasted on them. At the front of the line is Reverend Ormond Burton.

The presenter is David Grant, a well-respected historian who has written books and essays on pacifism and conscientious objection in war. He also wrote the recent book on The Mighty Totara: The Life and times of Norman Kirk. 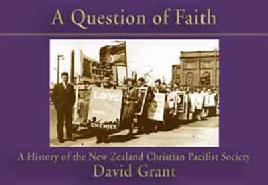 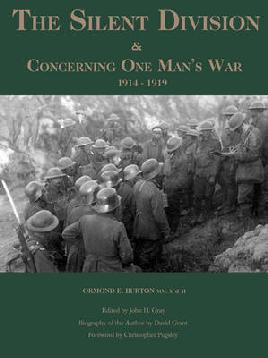 This is a free event.

We have a book by Lincoln Efford in our collection: Penalties on Conscience: An Examination of the Defaulters’ Detention System in New Zealand, as well as books by Ormond Burton.