When a letter from SCIRT arrived in our mailbox earlier in the year, detailing the works to be done to the underground pipes on our street and those on surrounding roads, it was greeted with pleasure. The prospect of being able to ‘flush without fear’ after days (or even merely hours) of rain looked to be close at hand with the remediation of the nearby earthquake damaged storm-water and sewer pipes.

The road cones, signs, trucks and workmen arrived, did their job and departed. Or at least 3 out of the 4 of the traffic management crowd did. The little orange cones stuck around. Some of their whānau disappear for a bit, but still visit regularly for a party in the middle of our street or the neighbouring ones, for no apparent purpose.

Some days it seems my travel to and from work is book-ended by roadworks and the cones, and they appear on every second road in between. When I find myself faced with yet another un-notified unexpected detour, down a street going in completely the opposite direction to which I need to head (and of course I have allowed no time for in the morning rush of school and preschool drop offs), part of me thinks ‘suck it up, princess, the east side of town has been dealing with this for YEARS not just months!’ and yet I often still have the urge to scream and swear. I manage to resist, if the children are in the car. Usually.

I suppose I should be grateful I’m not in the traffic jam on the M25 in England, as depicted in the novel Jam. Or perhaps I should borrow some soothing, calming music from the library, and play it in the car during my travels…

Of course the primary purpose of the orange wonders has been subverted on numerous occasions in post-quake Christchurch: the annual floral tributes in individual cones on each anniversary of the February 2011 earthquake, which local artist Cecilia Freire de Mance has captured beautifully in clay ornaments; en masse as unusual artworks at Festa 2014. They even morphed into a giraffe during the Christchurch Stands Tall trail last summer.

Some residents in the city have even been sufficiently moved to write letters to the Press to express their feelings about the humble items.

What is your experience of road works? Have you found road cones to be little orange triangles sent by Satan to torment you at every turn, or are they bright happy indicators of important progress happening across our city? 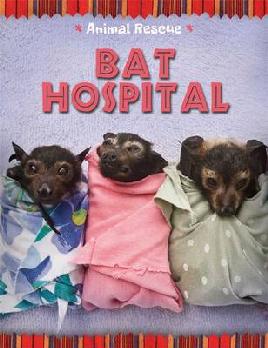 I love big furry fruit bats. Their fur feels like a cashmere jersey and their wings are like suede.

On a holiday in Singapore I was lucky to get very close to bats at the Night Safari which increased my love of them. My upcoming Australian holiday has bat-searching and visiting a bat-hospital top of the to-do list.

Fruit bats or Megabats as they’re officially known, are essential for the seeding and regeneration of rainforests. They can have a wingspan of up to 1 metre. They feed on fruit, blossoms and nectar. They do not use echolocation to navigate at night but have well-developed eyes and a good sense of smell to help them locate food. They live in social groups in trees in ‘camps’.

Don’t believe that bats can be cute? Then check out this video of baby bats in an Australian bat hospital.

There are a number of interesting literary adaptations coming up. Some are from bestsellers, some from well-reviewed literary novels, and some from novels that may get a second life if the screen adaptation does well.

As far as nonfiction goes, timing is everything and often the interest has slackened off by the time the film is released. Will big numbers turn out for a biography of Steve Jobs? A 2013 effort with Ashton Kutcher playing him didn’t make much impact. Now Britain’s Danny Boyle is directing an adaptation of Walter Isaacson’s 2011 biography which may be more likely to succeed with Michael Fassbender as Jobs and a cast that includes Seth Rogen and Kate Winslet.
See IMDb record for Steve Jobs.

On the fiction front it’s hard to get excited by more Virginia Andrews adaptations (made for TV) and the latest Dan Brown adaptation, Inferno, with Tom Hanks out to solve more theological conspiracy theories.
See IMDb record for Inferno.

There are, however, a number of very good fiction books I’ve read and can only hope that these ones translate well to the screen:

The excellent 2012 novel The yellow birds by Kevin Powers is a powerful depiction of war with a young veteran of the Iraq conflict who has to deal with what he has experienced. The central character is played by Will Poulter with Benedict Cumberbatch as his sergeant.
See IMDb record for The Yellow Birds.

Laurent Binet’s HHhH is a grim tale and who better to be doing grim but Rosamund Pike who plays an aristocratic woman who introduces her husband to Nazi ideology. The book, a Prix Goncourt winner in France, deals with the meteoric ascension of Reinhard Heydrich, the architect of the ‘Final Solution’ who was assassinated by two Resistance paratroopers.
See IMDb record for HHhH.

M.R. Carey’s The girl with all the gifts is a dystopian tale in which most of humanity is wiped out by a fungal infection and those left are at the mercy of zombies or “the hungries.” Colm McCarthy, who has directed a lot of recent TV such as Peaky blinders, has a cast that includes Gemma Arterton and Glenn Close. The film title will be titled She who brings gifts.
See IMDb record for She who brings gifts.

Peter Ackroyd’s Dan Leno and the Limehouse Golem is an interesting tale that came out in 1994 and had Dan Leno, a celebrated music hall comedian in Victorian London, drawn into investigating a murder in the parts of the city. Alan Rickman and Olivia Cooke lead the cast of this intriguing tale which has been simply titled The Limehouse Golem.
See IMDb record for The Limehouse Golem.

Ransom Riggs had a quite original hit with his YA novel Miss Peregrine’s home for peculiar children, a story about a boy who, after a family tragedy, sets out for a Welsh orphanage. The book was originally intended to be a picture book as the author had collected photographs from various archives. Who better to direct this strange tale than Tim Burton who has an interesting cast including Asa Butterfield as the boy, Eva Green as Miss Peregrine, Terence Stamp and Judi Dench.
See IMDb record for Miss Peregrine’s home for peculiar children.

Jonathan Smith’s The Churchill secret: KBO is a fascinating fictionalised fact novel about Winston Churchill in the 1950s when he suffered a serious stroke and his wife Clementine and others worked to bring him back to health. Michael Gambon plays Churchill with Lindsay Duncan as his wife. The film title will be called Churchill’s secret.
See IMDb record for Churchill’s secret.

Hans Fallada’s novel Alone in Berlin originally appeared in German in 1947 and was later translated and became a bestseller. It is a fictionalised account of the lives of Otto and Elise Hampel whose son dies in France, leading them to mount a campaign against the Nazis. The film version has Emma Thompson and Brendan Gleeson as the couple and Daniel Bruhl as the German officer trying to track them down.
See IMDb record for Alone in Berlin.

Patricia Highsmith’s novels have been adapted to memorable psychological thrillers on the screen. Her novel Carol was a departure from the mystery genre and the film version with Cate Blanchett should be opening here soon. The latest adaptation of one of her thrillers is The blunderer being retitled for the screen as A kind of murder with Jessica Biel and Patrick Wilson.
See IMDb record for A kind of murder.

A monster calls is the Patrick Ness novel that he wrote, based on an idea by author Siobhan Dowd who was dying of cancer and unable to write the book herself. An extraordinary tale that is both dark and touching at the same time, the film, a British/Spanish production has Liam Neeson as the monster, Sigourney Weaver, Felicity Jones and Geraldine Chaplin with filming done in Spain and Yorkshire.
See IMDb record for A Monster calls.

On the local market the works of Barry Crump are returning to the screen with an adaptation of his 1986 novel Wild pork and watercress. Sadly, the title is now out of print. I contacted the publishers and they said they no longer hold the rights which reverted to the Crump estate. Hoepfully the film, titled Hunt for the Wilderpeople, will be successful enough to get the book back in print. The film, directed by Taika Waititi, has a big local cast including Stan Walker, Sam Neill, Rima Te Wiata, Julian Dennison, Rhys Darby and Oscar Kightley.
See IMDb record for Hunt for the Wilderpeople.

Me and Earl and the dying girl by Jesse Andrews came about when the author was writing novels for adults that were going nowhere. When it was suggested to him that he might try the teenage market he gave it a go and off it went. The story, about a teenage boy pushed by his mother to befriend a girl with cancer, came out when a certain other novel about a girl with cancer was about to conquer the world. The film was a huge success at the last Sundance Festival and it is about to give John Green a run for his money.
See IMDb record for Me and Earl and the dying girl.

Anyone who has anything to do with professional dancing knows that it requires extraordinary levels of physical fitness, control and dedication to make it as graceful and seemingly effortless as they do.

I’ve loved the ballet ever since my Mum took me to a Southern Ballet production of Stravinsky’s The Firebird as a six year old and pestered her into lessons. It still grabs me in a way that no other live performance does, surely a combination of the setting, music and movement, so I’m thrilled to be going along to the Royal New Zealand Ballet’s production of Midsummer Night’s Dream later this week.

I know the story well enough of course, it being based on one of Shakespeare’s most popular plays, but I am not at all familiar with the music by Felix Mendelssohn. According to liner notes for one recording found in the libraries’ Classical Music Library eResource (see below) the music was composed to be incidental music for a performance of the play in 1843.

Find out more about this production via their twitter feed.

Where Snowflakes Dance and Swear

* blog title is a bad ’90s TV show reference for which I apologise.