Part One of our Community Read of Magpie Hall by Rachael King was tea and tales (and cake) on Friday morning.

Part Two on Friday evening was a night of improv and laughs. South Library was the venue, and there was a good-sized crowd. 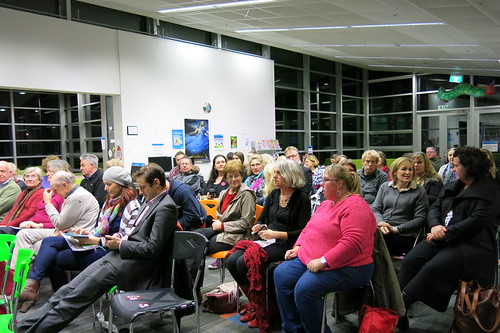 We had a nice introduction from Rachael, Councillor Phil Clearwater, and Libraries Manager Carolyn Robertson.

Christchurch writers – if your ears are burning, it is because @rachaelking70 just called you out on a rollcall of honour. #chchreads ^DR

Then it was onto the comedy. The two improvvers were very clever, making good use of some props, wordplay, and guest appearances from the audience. Magpie Hall became Budgie Manor in a variety of fast and furious skits, and roars from the audience peppered the show. 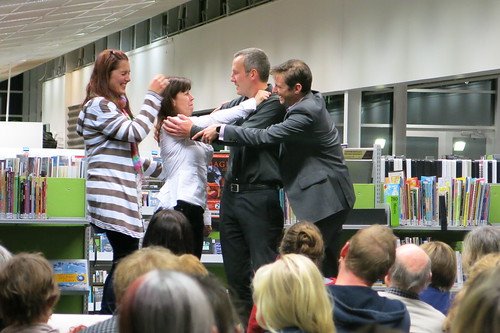 The night ended with some book prizes being given out, and book signings. 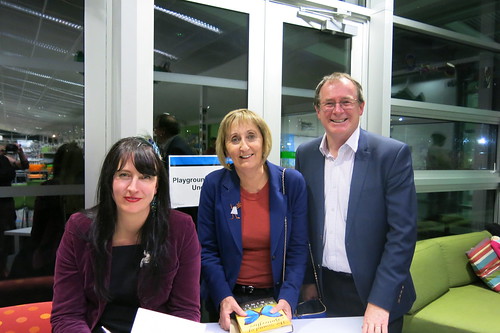 Plus a little more cake. 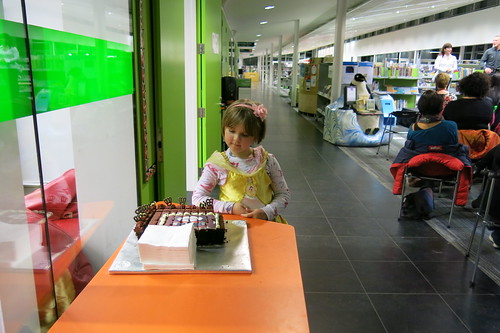 See our photos of the Community Read events and Magpie Hall displays.