This morning a good-sized crowd was treated to book chat, tea and tales with award-winning author Rachael King – 11am to 12pm at South Library, Friday 7 August. Oh, and a Magpie Hall cake. 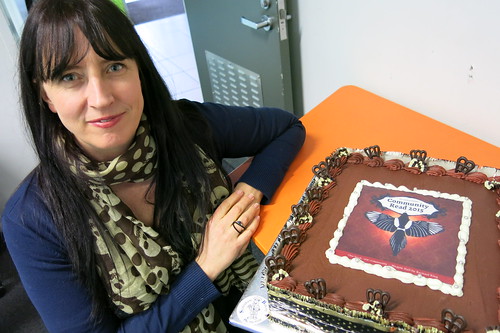 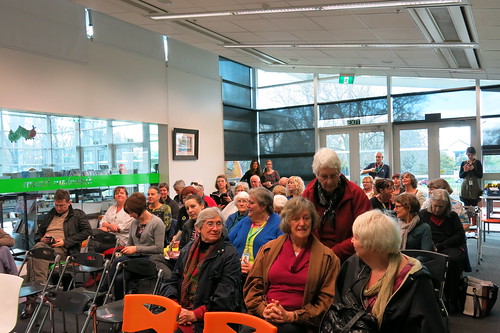 It was a cracker of a session. Rachael talked us through the journey to Magpie Hall and illustrated the tale with pictures and photos. She described researching a novel as a bit like “Alice falling down the rabbit hole” – and this session was our glimpse into the rabbit hole and the “accumulation of images, ideas, and themes” that made Magpie Hall:

Claire Third – Lyttelton taxidermist – see her in this CTV doco

Someone with a lot of tattoos was called a collector.

In the late 1900s, the aristocracy took to tattooing. Even royals got inked.

The influence of books like Northanger Abbey and Wuthering Heights is part of the soul of Magpie Hall. In its intertextuality, it is “a novel about the Gothic novel itself”.

If you are familiar with Victorian Gothic, you might pick up the references. Rachael talked of:

laying Easter eggs in the book for readers.

Rachael wanted to write a booky mystery. It was a very organic process. After doing a lot of research, in 2008 she didn’t write for two months – then suddenly the whole thing came together in my head”. 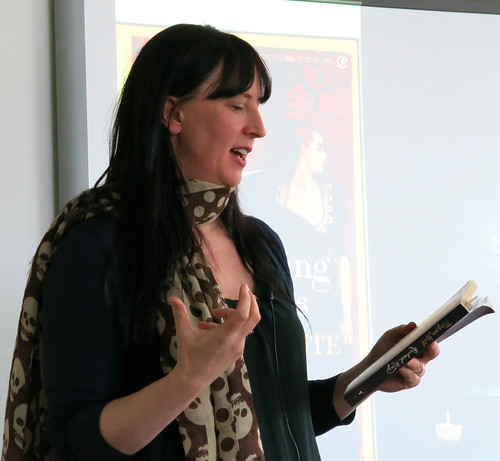 Rachael read two excerpts – one rather terrifying encounter with a ghost at a window, and one about the skinning of a tiger.

The audience asked some good questions, and we all went away sated.

Photos from the event and display at South Library.

If you missed this morning’s event – or if you want some more Magpie Hall – come along to tonight’s event at South Library from 7.30pm to 9pm (Friday 7 August). Join an improvised comedy team as they improvise themes from Magpie Hall. See you there!

Papanui Library is closing at 6pm Tuesday 11 August 2015. It will be closed for two months for earthquake repairs, with a scheduled reopening date of  Monday 12 October. We are sorry that this will inconvenience those of you who use this busy library by Northlands Mall. 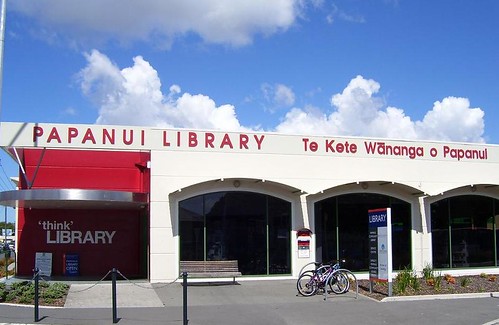 Here’s some of the things you might need to know:

For more information, read the following, or contact us: 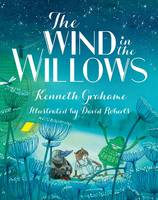 I am not a re-reader. The only books I have ever re-read have been a mistake, it is a HUGE disappointment to get half way through and to suddenly remember the ending. I want new and exciting, not a rehash of what I have already read. I love that sense of anticipation, what is going to happen, will they survive? For me opening a new book and having no idea of what is ahead gives me that the sense of wonder about the unknown that makes reading such a pleasure.

Re-readers like to experience the different emotions from re-reading, finding out something they may have missed, luxuriating in the words and the structure, reuniting with an old friend. Some read the same book each year, others come back to a book that offers them comfort and familiarity. My mother read The Wind in the Willows whenever life became hard, for some reason Mole offered comfort when others couldn’t! Re-reading: the ultimate guilty pleasure explains the reasons for re-reading better than I can … I still don’t get it but I suspect that you are either re-read or you don’t,  but a tiny piece of me wonders if I should?

Check out these lists to see what other customers recommend as great re-reads.