A few years ago we had the chance to spend two weeks in a friend’s very basic cottage in the Bourgogne. The opportunity of pretending to be French or at least pretending to live there? Heck, yes. The house had no electricity and a few inside/outside issues. One being the hornet community that had recently crowned a new Queen and were very busy making babies and a new home on the gnarled antique beam above our bed in the attic. What was wrong with some nice fresh air circulating round the nest, boys?

The sole tap and loo being outside was nothing like as big a problem as Queenie and the crew turned out to be. One of them managed to get their revenge and stung me rather painfully in the armpit. Fair do. The local volunteer fire brigade who came in their shiny brass helmets and 2CV Citreon truck (Ooh la la) had removed the nest and its occupants, but failed to rid us of some very confused boyos.

Undeterred, we gave our all in the name of science; we tested the quality of the products of local pâtisseries and boulangeries and caused a bit of GBH to the ears of the local populace with truly awful French pronunciation and grammar. Bliss. Two weeks was enough for the waistline but not for the soul.

So then of course the “Why don’t we up sticks and move to France/Spain/Italy” mood took over. I mean, plenty of people have done it. Chris Stewart for one. Chris was briefly the drummer for Genesis in its infancy, but his Dad said there was no future in the band and he needed to get a real job and possibly a haircut too. He didn’t listen to his old Dad and being an itchy-footed sort of bloke he travelled, developing his drumming skills in a circus, learning the guitar, and working, amongst other jobs, as assistant pig man.

This turned out to be his epiphany: he loved farming! Decided Seville in Spain would be a good place for a guitar playing, agriculture loving young man and his girlfriend. Driving Over Lemons and A Parrot in the Pepper Tree are his first two books on their life in Spain and to my mind the best. We get to know the area, the lifestyle of the locals, mostly farmers, the history and the poverty of the surrounding area and Chris and Ana’s endeavours to survive and make the farm work financially.

Jamie Ivey and wife Tanya had the let’s ups sticks etc moment… while holidaying in France, enjoying some lovely Rosé. They believed they could see an opportunity to set up a small wine bar selling only Rosé wines. Now those of us who have read Peter Mayle‘s A Year in Provence will know that the French excel at bureaucracy and their civil servants can thwart the best of us. Starting with Extremely Pale Rosé I have followed their trials and tribulations from my armchair.

Peter Moore makes me green with envy. In Vroom by the Sea, Pete, an Australian, tootles around Sicily, Sardinia and the Amalfi Coast on Marcello, an orange with white “go fast stripes” Vespa 1972 Rally 200. We’re most of us suckers for nostalgia; the Italians, it turns out, are no different and love Marcello. On a scooter there are no barriers to stopping and chatting to the locals, smelling the garlic, the sea, experiencing life. Another one for the bucket list.

Working, as I am so fortunate to do, in most of Christchurch’s libraries, I get to see a lot of travel books. I find it so hard to go past them if the cover/blurb looks remotely interesting. Do you travel vicariously as I do? From your armchair with a good book? Or have you broken free once, twice or altogether?

In the future everybody will be world famous for 15 minutes. 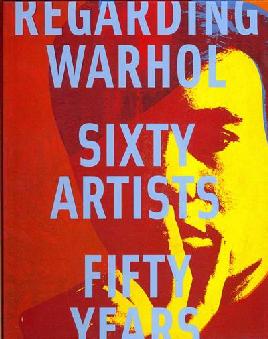 The man who could see into the future of The X Factor, Real Housewives, Come Dine With Me (insert your best or worst Reality Show here) was born on the 6th of August 1928. Or was he? For years there was confusion about exactly where and when he was born. After all he once said “I’d prefer to remain a mystery, I never give my background and, anyway, I make it all up different every time I’m asked.”

It doesn’t really matter whether we have the right date, what matters is that we do celebrate
one of the most influential artists of the 20th century.

There’s lots of stuff to read about Warhol and his art, but for a real sense of the man you can’t go past A: A novel a book he ‘wrote’ himself. Actually it’s transcripts of taped conversations he had with one of the Factory Superstars. And it’s hilarious, although calling it a novel is probably a bit of a stretch. It has been called Warhol’s Ulysses; at least I did manage to finish it, something I have never achieved with James Joyce’s Ulysses. 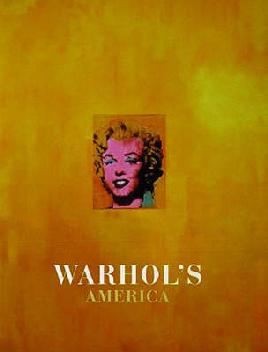 st in Warhol doesn’t wane; the latest trend is to pair him with other artists who don’t seem to be a natural match but turn out to be once the clever curators explain it all. Love is Enough is a show that looked at the similarities between Warhol and William Morris  – repetition and celebrity apparently.

Next year there will be a big show at the NGV in Melbourne of Warhol and Ai Wei Wei. They share a liking for cats, but I’m sure there’s more to it than that.