I’ve recently become a convert to ‘binge watching’ television series. Instead of the days where you had to watch an episode a week of your favourite drama, waiting desperately for Sunday night to roll around again,  there are so many ways you can set some time aside and watch episode after episode. The Guitar Man and I like to watch 2-3 at a time for a few nights in a row. Three such series we’ve watched recently that you can get from Christchurch City Libraries in boxed sets, are Peaky Blinders, Outlander and Hinterland. 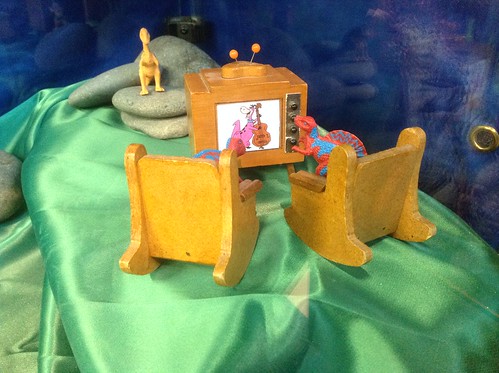 These are all very different and interesting in their own ways:

Peaky Blinders is a tale of gangs on the gritty streets of Birmingham after the First World War. It stars not only Cillian Murphy, he of the startling blues eyes and chiselled features, but our own Sam Neill, with a very impressive Northern Ireland accent. It’s a fascinating watch and one thing I enjoyed was the lack of ‘Game of Thrones’ gratuitous violence and random sex scenes. It’s gritty all right, but not excessive. There are strong women together with men both damaged by war and desperate to make better lives, in any way possible.

You think I’m a whore? Everyone’s a whore Grace, we just sell different parts of ourselves.

Outlander is a television adaption of the Diana Gabaldon series of books of the same name.  I’ve not read the books, as romantic history is not usually my bag, but it proved to be quite a riveting series, full of Scottish highland scenery, intrigue, romance, fights, and enough hearty men in kilts to keep anyone into hearty men in kilts happy. I also find you can never go wrong with a Scottish accent.

Hinterland is a gritty bleak murder mystery series, set, not in Scandinavia as all my favourite ones have been lately, such as The Killing and The Bridge, but in Aberystwyth, Wales. Interestingly, it is the first series to be filmed in both English and Welsh, with two different versions made. Each scene was done in English, then immediately in Welsh for the first time ever. Sadly, my Welsh leaves a little to be desired, so I only saw the English version. Wales does bleak very well and Tom Mathias, is a troubled DCI with a mystery past. It’s tightly scripted with great characters, but some of the crime scenes were a little bloody and graphic, just a heads up if you’re not into that sort of thing.

With the winter dragging on, perhaps a little binge watching is in order. Do you have some favourites?