The WORD Christchurch event with novelist David Mitchell ran on Chatham Islands time. With no session before or after, time was flexible. It started a little late and David was generous with his time, going well over the nominal finishing time. David was thankful for the restorative properties of Whittaker’s Hokey Pokey chocolate and a power nap. He was on top form with the conversation flowing easily between him and Rachael King – an award-winning author in her own right. David assured us we could go at anytime, he didn’t want to hold anybody’s babysitter up but we could have listened to this self-effacing Englishman all night. It was amazing for us starstruck fans to hear it took three days to get over his own fanboy awe and introduce himself to Haruki Murakami at breakfast.

On Middle Age and the role research plays in his novels

He used to go off around the world whenever he wanted to research his books, staying at backpacker hostels when he was researching Cloud atlas on the Chatham Islands, and drinking with the locals. Now he negotiates absences from home with his wife, and he stays at comfortable hotels. Interspersing quality time at home with stints at literary festivals allows his wife to have time to do things, and him to tuck the children into bed. He wrote Crispin Hershey from the Bone Clocks as a foil against believing the publicity machine. Several of the literary festivals Crispin attends have since invited David – a great way to travel to parts of the world – a tip for new authors maybe? He chooses the literary festivals he attends carefully, hoping to pick up useful experiences and nuggets of information from the places he visits, and they may later be woven into his books. Should we expect to see Iceland featured in a novel sometime?

Sometimes there is no substitute for being there. Without having ridden a bicycle in the snow in Europe, he wouldn’t have known that despite how many clothes you put on you still end up with snow up your nose, down your neck, up your sleeve and in your armpit:

Snow’s up my nose, snow’s in my eyes, snow’s in my armpits, snow howls after us through a stone archway into a grotty yard with dustbins already half buried under snow, snow, snow. Holly fumbles with the key now we are in…

If you squint you can just about tell that its David Mitchell reading from The Bone Clocks #wordchch pic.twitter.com/uhagCqwl2r

Rachael explored the Faustian aspects of David’s work, and whether we fear more for our children than ourselves. Rachael and David discussed how now having children has affected them, and their fears for their children and the world they could inherit. The world ravaged by climate change and desperately short of oil David describes in the last chapter of Bone Clocks is a warning.  Despite recurrent themes of death and cheating death, he doesn’t like to write too much sadness in novels. They are ultimately are for your enjoyment. David said as a parent he would never write anything in a novel that hurts children – if he puts them in harm’s way ultimately he always kind of saves them. 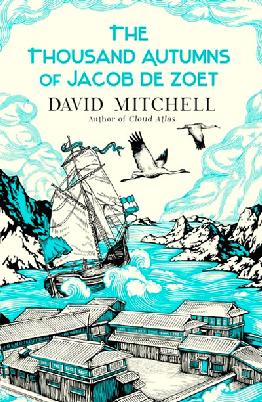 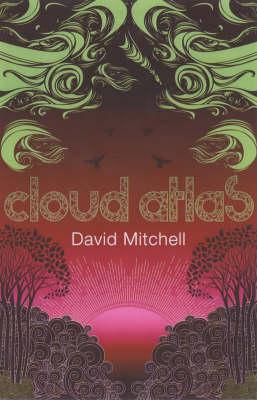 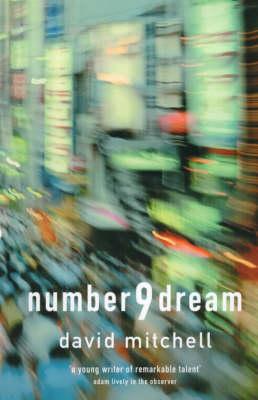 On writing and being a nerd

The upcoming new Slade House novella and the Bone Clocks are part of an overarching Uber novel where characters and references pop up in other novels. He delights in these nerd-like aspects of his work, creating links between characters in his books in a Tolkienesque way. He’d like to put more of this in his work, but he feels he is already asking a lot of his readers with the way he structures his novels.

On the fantasy scale he feels he is only about a 3 or 4, partly due to his books being character and not plot driven. Despite being a bit of a nerd and creating back stories for his characters, he doesn’t have his entire novels mapped out. He has an idea where the novel is going, the characters drive how it gets there. The characters need to develop depending on the limits of the period and the setting as with Orito Aibagawa the daughter of the Japanese Doctor in The Thousand Autumns of Jacob de Zoet. His wife warned him not to make her a whore and he always listens to his wife! Orito needs to come and go from the island of Edo-era at will. The problem was the island of Edo-era the one window on the West for Japan at the time  had very restricted access, so he makes her a doctor’s daughter she has a certain status which means her presence is not questioned and she can move around freely he also gave her a disfigurement or why would she still be single.

He pleads guilty to research. David limits his writing output, so he can spend a couple of years researching novels such as The Thousand Autumns of Jacob de Zoet and he relishes it. David says when he is researching he scoops information up. Later it shines light on your work as sun on leaves synthesises results.

Last time he was in Christchurch he had barely four hours to research the Chatham Islands in the Christchurch public library, taking notes from Michael King’s A land apart : the Chatham Islands of New Zealand  before we gently chucked him out at closing time. The character at the start of Cloud Atlas who collects teeth from skulls on the beach comes from that research. He would dearly have loved to able to have met Michael and shouted him a drink.

Scoop information up – later it shines light on your work, as sun on leaves synthesise results.

Scoop information up later it shines light on your work as sun on leaves synthesis results David Mitchell @WORDChCh pic.twitter.com/CDy3GGZDNx