I think we can be forgiven for feeling that all the dietary advice that dominates our headlines and magazines (even The Listener for heaven’s sake) is confusing and often contradictory. Always at the forefront of trends,  the library too has its fair share of titles to confuse and befuddle! At this point I hasten to add that this is part of our business, i.e. to purchase items that give information,  different viewpoints and ideas etc. As a society we are concerned about obesity, fast foods and lack of exercise, and of course publishers are well aware of these trends as well.

Fat was the harbinger of all evil until about 8 to 10 years ago, now it’s carbohydrates and its evil twin Sugar. However baking is still hugely popular with sugar always being a star component, although some Paleo books are doing their best to steal its thunder.

Low fat diets were considered essential for a healthy heart, but this book tells us that butter and fat actually make us slim!

The Paleo diet has been holding its own for a while now still topping the charts, although Pete Evans of My Kitchen Rules fame and the kingpin of Paleo did have his last book pulled from publication as it contained what was considered to be unsafe information.  However paleo – and its cavemen and women – are covering all bases from smoothies, sweets, chocolate and fast foods, and of course Cavewomen Don’t Get Fat.

Interestingly, recent title Proteinaholic : How Our Obsession with Meat Is Killing Us and What We Can Do about  has come along to question paleo and its meaty companions …

An acclaimed surgeon specializing in weight loss delivers a paradigm-shifting examination of the diet and health industry’s focus on protein, explaining why it is detrimental to our health, and can prevent us from losing weight.

If all else fails we can always rely on insects –  low fat, low sugar, full of protein and tasty. Yum.

The University of Canterbury has discovered a copy of William Smith’s 200 year old geological map of Britain.

The University of Canterbury’s copy has been identified by experts at the Geological Society of London as one of the early hand painted incarnations produced at the London office of publisher John Cary.

We now know from the Geological Society’s records that this map numbered ‘b4’ was signed by Smith on the morning of Tuesday 23rd January 1816. Along with his highly skilled colourists John Cary produced, on behalf of Smith, approximately 350 copies of the map with as many as 120 to 150 surviving today, according to Tom Sharpe of the Geological Society …

Sir Joseph Banks (who Banks Peninsula is named after), to whom the map is dedicated to, was Smith’s major sponsor in the research and production of his work providing funds for Smith to complete the map.

Read more: Library unearths the first geological map. Damian Cairns, Special Collections Librarian, who features in the article is a former alumni of Christchurch City Libraries, so feeling very proud of him!

If you’ve read the splendid The Map That Changed the World: The Tale of William Smith and the Birth of A Science by Simon Winchester you will know how interesting this is.  If you haven’t read it, get a copy – we have paper copies – one in large print, and an eBook.

NASA’s Earth Observatory has a good image of the map and an introduction to the work of geologist William Smith.

For us in Christchurch, we probably know more than most about the layers beneath us. We have all garnered geological knowledge post-earthquakes.

If you are a bit of a map lover, you might also like to delve into our collection which includes this 1840 Akaroa beauty and a 1983 Christchurch cycle map.

And these geological maps:

Geological map of the Provinces of Canterbury and Westland, [ca. 1866]

For some time now Funding Information Services with their three databases: FundView, Breakout and Corporate Citizen have been providing individuals, groups and businesses with funding contacts and data. This has not changed, but after a rebrand their names have.

Funding Information Services is now Generosity NZ and all three databases we get from them have undergone a name change as well. 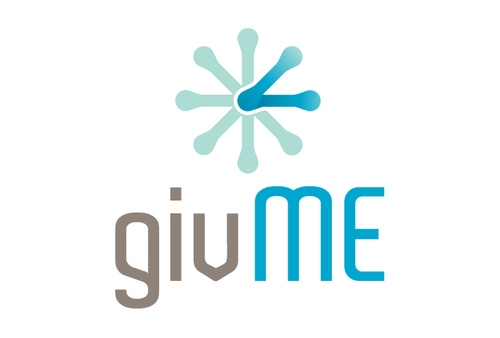 You can use these eResources to seek funding using your library card number and password/PIN from home or in libraries. If you are in need of support Generosity NZ as a registered charity can help connect givers and grant seekers.