After complaining about the hardships of attempting Read Harder 2015, I’ve come across an author who has shamed me into taking on another challenge.

In 2012 Ann Morgan decided to read one book from each of the world’s 196 independent countries, documenting her adventures on her blog and in her newly published book, Reading the World. While I don’t have the tenacity or the budget to do the same, it has prompted me to be more active in my search for diverse authors. 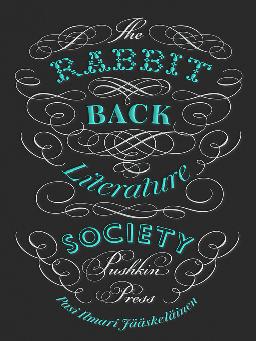 I’ve already found a few on the Baileys Women’s Prize longlist for 2015 – Kamila Shamsie (Pakistan), Xiaolu Guo and P. P. Wong (China/Britain), and I’ve been struggling valiantly through The Rabbit Back Literature Society by Pasi Ilmari Jääskeläinen (Finland). (Isn’t that a fantastic surname?) Here are a few more I’ve optimistically placed on my holds list, descriptions mostly yoinked from the library catalogue:

The Three Body Problem, Cixin Liu (China): Set against the backdrop of China’s Cultural Revolution, a secret military project sends signals into space to establish contact with aliens. An alien civilization on the brink of destruction captures the signal and plans to invade Earth.

The Guest Cat, Takashi Hiraide (Japan): A bestseller in France and winner of Japan’s Kiyama Shohei Literary Award, The Guest Cat, by the acclaimed poet Takashi Hiraide, is a subtly moving and exceptionally beautiful novel about the transient nature of life and idiosyncratic but deeply felt ways of living.

Hold Tight, Don’t Let Go, Laura Rose Wagner (set in Haiti): In the aftermath of the 2010 earthquake in Haiti, Nadine goes to live with her father in Miami while her cousin Magdalie, raised as her sister, remains behind in a refugee camp, dreaming of joining Nadine but wondering if she must accept that her life and future are in Port-au-Prince.

Listen, Slowly, Thanhha Lai (Vietnam): Assisting her grandmother’s investigation of her grandfather’s fate during the Vietnam War, Mai struggles to adapt to an unfamiliar culture while redefining her sense of family.

Black Dove, White Raven, Elizabeth Wein (set in Ethiopia): Em, Teo and Em’s mother move to Ethiopia to honour Teo’s dead mother’s wish for them to grow up in a country free of racial conflict. For a while things go well — Em’s mother flies planes for a flying doctor service, and Em and Teo grow up happily on a coffee farm. Unfortunately this is the 1930s, and Mussolini’s army is eyeing up Ethiopia’s fertile land. With ties on both sides of the conflict, Em and Teo are drawn in against their will. Is their ability to pilot planes an asset or a liability? I don’t know yet, because I’m only halfway through!

Anything else I should add to my to-read list? Any fantastic authors who aren’t British or American? Let me know now while my motivation is still high! I’ll follow up on how I’m going in a month.

6 thoughts on “Reading the World”