The City 2 Surf is being held on Sunday 22 March. This annual run has been held since the 1970s, attracting large crowds. Pioneering ultra-distance runner Don Cameron – who ran from Sydney to Melbourne in 11 days to promote the 1974 Commonwealth Games – played a key role in establishing the event.

Does the City 2 Surf inspire you to get into running? We have lots of resources to help you.

Read about some inspiring New Zealand runners and coaches including:

Regular running events are held throughout the year including the Shoe Clinic Asics 5K series around Hagley Park and the annual Christchurch Airport Marathon, which takes place on the Sunday of Queen’s Birthday Weekend and is a celebration of running and walking, for competition and for personal fitness challenges.

There are many paths and tracks around the city – favourite venues for running in Christchurch include Hagley Park, Bottle Lake Forest, Victoria Park and the Port Hills. Christchurch also has a range of walking programmes and walkways.

The 1974 Commonwealth Games in Christchurch featured a feast of famous runners. The main venue was QEII Park, purpose built for the Games. New Zealander Dick Tayler won the 10,000 metre race on the opening day. Don Quarrie from Jamaica blasted the competition away with two sprint titles.

On the closing day Tanzania’s Filbert Bayi won the 1500 metres after an epic battle with New Zealand’s John Walker – both men broke the world record. The national records of five countries Tanzania, Kenya, Australia, Great Britain and New Zealand – were all broken in this race.

He whenua taurikura Te Waipounamu.
The South Island is a beautiful place.

Ahakoa he iti he pounamu.
Although it is small, it is greenstone.

This is a humble way to deliver a small gift. Pounamu (greenstone) is an extremely useful commodity which is considered very precious, so although you may not be presenting greenstone, the word pounamu stands as a metaphor for something precious or a treasure from the heart. 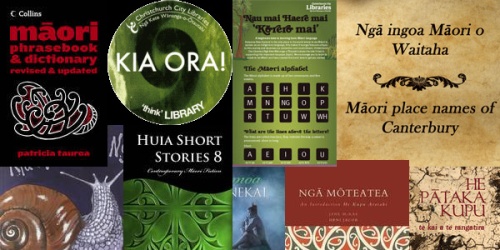 2 March 1970
Amid mounting controversy, City Council begins construction of road deviation through Hagley Park. The work was stopped by March 7 for legal reasons, and the project was eventually scrapped.

3 March 1879
First Town Hall design competition. But building costs were too high and the project was abandoned in March 1882.

6 March 1914
First point to point flight in Canterbury by J. W. H. Scotland from Timaru to Christchurch. In the same year, Scotland had the dubious privilege of becoming the first pilot to crash in New Zealand.

More March events in the Chronology.