I’ve read World War II evacuee stories before. The fear of the unknown, sullen confusion, awful foster homes, inevitable loss. Children labelled like lunches, dragged from door to door in search of a temporary home. I can’t think of many novels with positive evacuee experiences.

Crooked Heart by Lissa Evans doesn’t sound like a positive evacuee story, but it is. It begins with Noel, age 10, realising his godmother, Mattie, is succumbing to dementia. A tragedy for anyone to have to deal with, but especially for a boy on his own.

The box of things for making flames
I can’t recall their bloody names.’

After a while, it stopped being funny. Some words would resurface after a few days; others would sink for ever. Noel started writing labels: ‘SHAWL’, ‘WIRELESS’, ‘GAS MASK’, ‘CUTLERY DRAWER’.

There are two unusual and meaningful relationships in this book: between Noel and his suffragette godmother Mattie, who is so erudite and funny I could quote pretty much anything—

‘Hobbies are for people who don’t read books,’ said Noel; it was one of Mattie’s sayings.

—and, later, between Noel and his foster mother Vee, whose early descriptions make me think of a hen — head constantly turning, looking for something better.

At first Vee sees Noel as an opportunity, a crippled evacuee who might get her some more money (which she is severely lacking). In a way she was right: Noel quickly catches on to her scams, and becomes the level-headed organiser of their illegal outings. It sounds awful, but I ended up rooting for the pair of them, even while they’re going around pretending to be collecting for the war fund. Despite their seeming differences — Vee is “common” and middle-aged, Noel is educated and a child — they’re both lonely and neglected by their surviving relatives. Their growing affection for each other and funny/heart-breaking mishaps already guarantee Crooked Heart a place on my Best Of 2015 list.

Some more books of love and friendship set before, during or after the World Wars:

What are your favourite sad but funny books? 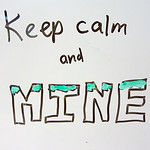 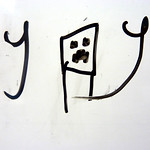 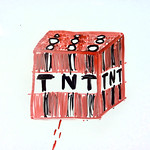 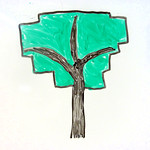 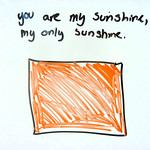 Every few terms or so at the Minecraft club here at the Christchurch City Libraries, our map becomes a little “messy” and a bit of “griefing” begins to creep in. When this happens and the current students attending the club decide enough is enough, we create a new blank world map. This time around we decided to do something a little different. We got two of the students from Riccarton High School to build a new one for us. Below is a video showing the “builders” of the map explaining their rationale for the design and the subsequent reaction to it from the other students.