Underground Overground Archaeology have a fascinating collection of old stuff on display at South Library. A recent find is some old hats dug from the new Justice Precinct.

The Christchurch landscape contains within it the clues to a long gone era of the city’s history, when horse-drawn carriages took the place of cars, long skirts and frock coats were all the rage, and Queen Victoria reigned supreme. Since the 2010 and 2011 earthquakes, archaeologists here have been uncovering and recording these traces of Christchurch’s early years and the people who made this city their home. This display showcases some of the artefacts excavated here over the last year and the stories they can tell us about the people who lived here over a hundred years ago. Exhibition finishes 30th January 2015. 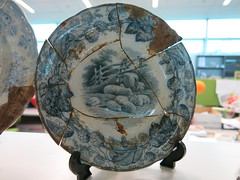 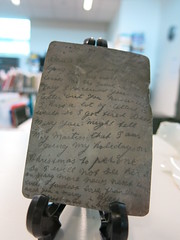 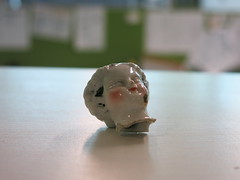 Pop in and have a look – the exhibition is on until the end of January 2015.