I’ve always thought that I’d like to be a judge for one of the big children’s literature awards.  Spending months reading every single book on the long-list and whittling it down to a shortlist of 4-6 books sounds like my idea of heaven.  However,  I’m glad I’m not one of the judges for this year’s Carnegie Medal, the award given annually by librarians to the writer of an outstanding book for children.  The shortlist this year includes some of the biggest names in children’s and young adult’s literature:

Patrick Ness is definitely at the top of my list, but I’m also a huge fan of Marcus Sedgwick’s writing and Revolver was a tense and enthralling read.  Terry Pratchet and Neil Gaiman are also both great writers but both of their nominated books failed to grab me.  It’s interesting to note that my favourites tend to be male writers and I haven’t read any of the female writers on the list (I must remedy this immediately!).

Have you read any of the shortlisted titles or do you have a favourite title that you would like to win?

The Illustrated London News Archive Library is a fabulous addition to our collection of historical newspapers.

The publication presented a vivid picture of world events – including news of war, disaster, the arts and science – with coverage ranging from the Great Fire of Hamburg to Queen Victoria’s fancy dress ball at Buckingham Palace – both which feature in the first issue.

In this electronic resource library users have online access to the entire run of the ILN from its first publication on 14 May 1842 to its last in 2003. Each page has been digitally reproduced in full colour.  Facsimiles of these articles and illustrations can be viewed, printed and saved either individually or in the context of the page they appear in. 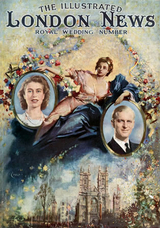 This resource can support scholarly and enthusiast research in social history, fashion, theatre, media, literature, advertising, graphic design and politics, as well as those interested in genealogy.

Have an explore and recommend at will.

You can access the Illustrated London News Archive Library and many other useful electronic resources from home with your library card number and PIN, or at our community libraries.

Completely without meaning to, I have recently found myself reading a whole string of books that have been co-authored.  It’s not something that appeals in principle, partly because I personally have trouble concentrating on what I’m writing, let alone trying to work alongside someone else, and I cannot fathom how people can do it without wanting to take a carving knife to either themselves or the other person.

Up until recently it has been seen as risky to broadcast the fact that a book has two authors, so people like David Eddings have actually covered up the fact that his wife Leigh did as much of the work as he did on his Belgariad (and other) series.  And it has only been in reprints of the fabulous (read them!) Agent Pendergast series that Preston Child has been identified as Douglas Preston and Lincoln Child.  Some authors (Patterson Patterson Patterson) seem now to be ONLY writing in tandem, yet producing dozens of titles, leaving fans (and others) casting aspersions on how much ‘co-‘ is in the co-writing.

Because I’m off to interview and hear David Levithan in a few weeks, at the Auckland Writers and Readers Festival, I have been musing on this style of writing.  Levithan seems to really enjoy the double-up style, and has co-written several books in this manner.  Nick and Norah’s Infinite Playlist was written with Rachael Cohn, and his new book Will Grayson Will Grayson, due out next week, was co-authored with John Green.  In interviews he talks about how great it is to work with someone else, and also discusses the many different ways you can write a book together with someone else.  There’s the sit down together approach, the write half a book and swap over approach, and the send a chapter back and forth approach (and probably more!).

I’m almost beginning to see the attraction, and I do have to admit that it produces a great style of book, with truly great character development, and that real sense that the story is going places that are sometimes just as much of a surprise to the writers as the characters, which is kind of fun.  And after all, that’s what real life is like most of the time, isn’t it!