The library has recently gained access  to the below four newspapers for library users:

The Irish Times (1859-2008) and The Weekly Irish Times (1876-1958) From the aftermath of the Great Famine, the launch of the Titanic, and the Easter Rising of 1916, World Wars to the  Dublin début of River dance, this resource captures it all in the context of the time.

The Guardian (1821-1900) and The Observer (1791-2003) Covers the past political and social events of the past 200 years. From Napoleon’s defeat at Waterloo to the Russian Revolution to Nelson Mandela’s release from prison, these newspapers will enchant not just genealogists but anyone with an interest in news and history.

All of these newspapers are part of ProQuest’s Historical Newspaper Database. This is a digital archive that allows access to every issue of each title scanned from paper-cover-to-cover, with full-page and article images in easily downloadable PDF format. 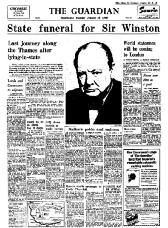 Therefore these newspapers contain not just news stories but:

The newspapers in this collection reside on a single platform so users can cross-search all ProQuest Historical Newspapers titles with one another. Users can sort their results by oldest, most recent, or most relevant. In addition, stories that originally spanned multiple pages of a newspaper are “threaded” together, appearing as one continuous image and improving readability. These newspapers sit nicely with  the other historical newspapers we provide access to through the British Library’s collection of newspapers 17th and 18th Century Burney Collection and the 19th Century British Library Newspapers. A real find for those who have developed an interest in  family history through the use of  our genealogy database Ancestry Library Edition or those who take an active interest in the events that have made our world what it is today.

A good newspaper is a nation talking to itself – Arthur Miller

Reading someone’s diary is the ultimate invasion of privacy, but publish it,  and hey presto it becomes literature, history.

Did Samuel Pepys ever guess that people hundreds of years later would be reading about his (occasionally naughty) life?
Or Anne Frank that her diary would be one of the items of record documenting the horror that was the Holocaust?

Diaries are the most personal, and hence the most revealing form of writing there is. I’ve long admired The Assassin’s cloak which cleverly takes on a day to day form and features diary entries from a diverse set of characters including the aforementioned Pepys, Kafka and Goebbels. The editors have assembled The Secret Annexe which takes the same format and applies it to war diarists.

Do people still keep diaries, or do they use Facebook, Twitter and blogs to expose their doings/feelings? Whose diary would you like to accidentally come across? 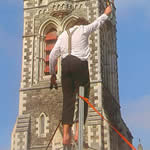 Go the Christchurch City Council – no they didn’t pay me to say that – but really – how lucky are we to have the World Buskers Festival in Christchurch. 14 years and still going strong. The energy generated has  Christchurch buzzing. Being a visual person I love live entertainment and the Buskers festival certainly offers plenty to choose from. The weather may be unpredictable but the quality of the busking is not.

Christchurch has come alive and yes the people are indeed dancing in the streets. The show I went to at the Art Gallery on Sunday had the crowd dancing and cheering with delight. I’m not really into Rap but if you get a chance check out Dub FX – very entertaining – Anyone who can prepare a meal in Rap and manage to hold my attention is OK in my world.

It feels so great to be a part of such a wonderful event. The two week programme offers something for everyone – Comedy, Music, Street Art, Living Statues, Mime – each bringing their own brand of energy.

Don’t miss the opportunity to expose yourself to something new and maybe a little bit different. It seems no matter who you talk to – everyone has seen something different. So if you have experienced feelings of delight and excitement please share with us – the more support we can give the buskers the better.

This photograph shows the army barracks under construction in 1905. Sidney Luttrell (1872-1932), who is pictured in the right foreground with his brother Alfred on the left, designed 21 latticed, curved steel girders to span the 36.5m width as economically as possible and to support the curved, corrugated iron roof. The girders, constructed by Scott Brothers, each weighed six tonnes. Twenty-five working days after it was begun the building was complete and opened on 26 July 1905.

It was used for drilling soldiers and later for civic functions and social occasions until the army withdrew in 1993 and the site was purchased by Ngai Tahu. The building was transported to Hornby where it was re-erected as a distribution warehouse in 2000

Contact us if you have any further information on any of the images. Do you have any photographs of this building? We love donations. Want to see more? You can browse our collection here.